South Carolina has the highest age-adjusted death rate from Alzheimer’s disease and related dementias (ADRD) in the country. In addition, older African Americans are at an increased likelihood of having ADRD. A better understanding of the role that sociocultural, behavioral and environmental determinants have on ADRD outcomes among African-American communities in the Southeast is critically and immediately needed.

To help understand the effects of ADRD, College of Social Work Professor Sue Levkoff and Professor Daniela Friedman of the Arnold School of Public Health are working together to increase the diversity of the research workforce focused on population health and determinants of ADRD disparities through sustained infrastructure that will support underrepresented and minority (URM) faculty.

Levkoff and Friedman were recently awarded a $4 million, P30 research training grant from the National Institute of Aging (NIA), a division of the National Institutes of Health, to establish the Carolina Center on Alzheimer’s Disease and Minority Research (CCADMR). Their goal is to help better understand the determinants of ADRD outcomes among minority populations through increasing the capacity of URM scholars to advance the science in ADRD research.

“Before coming to South Carolina, I received a five-year leadership award from the NIA while at Harvard to develop a Center for Excellence on Minority Aging Research, where much of the research training focused on dementia caregiving interventions,” said Levkoff. “When I saw this RFA (Request for Application), I approached Daniela saying that this would be a perfect opportunity for us to collaborate and build on her work in the Arnold School of Public Health as co-director of the Office for the Study of Aging, which houses the oldest and most comprehensive Alzheimer’s disease registry in the country.”

Friedman was excited of the partnership opportunities to focus on Alzheimer’s disease.

“I jumped on the opportunity to partner with Sue, colleagues in public health (Lucy Ingram, James Hardin, Maggi Miller, Katrina Walsemann) and partner institutions,” said Friedman. “Collectively, we have expertise in cognitive aging, ADRD, minority health, population health, faculty mentoring and career development. We were extremely well-poised to establish this center at UofSC.”

I realized through all of my work with HBCUs that it's not enough to only train the students in research.

Levkoff is currently principal investigator on an NIA-awarded, five-year South Carolina-Advancing Diversity in Aging Research. This provides a 10-week research training program in the summer for minority students interested in aging from five statewide HBCUs. The new P30 grant will serve as a complement, offering research training to HBCU faculty as well.

“I realized through all of my work with HBCUs that it’s not enough to only train the students in research,” said Levkoff. “CCADMR funding provides an opportunity for us to engage HBCU faculty in research on aging and Alzheimer’s disease so they can excite their students in this field, hopefully building an important pipeline. I see both grants leveraging each other and building something together that would not be possible by either one alone.”

This is not the first time Levkoff and Friedman have collaborated on research. Currently, Friedman is principal investigator and Levkoff co-investigator for the Centers for Disease Control and Prevention-funded South Carolina Health Brain Research Network Collaborating Center. The two have also co-authored several scholarly journal articles. “Through our CDC network, we have helped develop a formalized scholars’ program for students and junior faculty that will guide the work of the new CCADMR center,” said Friedman.

Levkoff is excited to begin research on a pressing issue for South Carolina.

“Alzheimer’s research has been a passion of mine for a very long time,” said Levkoff. “The fact that the work will be done in South Carolina is particularly relevant to me because we have such great needs.” 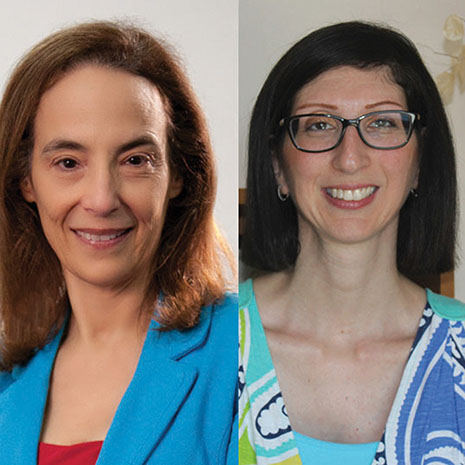