Field education is a required component at the College of Social Work, as students apply classroom knowledge to real-world situations at social service organizations. But one student’s initiative at their field placement continues to educate clients on the importance of healthy eating.

Victoria Lott, a Master of Social Work student at the college’s Charleston site, transferred from the University of Southern Mississippi in June 2018. Last fall, she began her field placement at Catholic Charities of the Diocese of Charleston, which serves clients in Charleston, Berkeley and Dorchester counties.

“I escorted clients through our food pantry on some days and noticed that few of them were interested in fresh produce,” Lott says.

Fresh produce was delivered monthly to the food pantry, but Lott was driven to action last October when an excess of Brussels sprouts arrived. Lott, who started cooking when she was 12 years old, prepared the Brussels sprouts at home and offered a sample tasting to clients. She also printed recipe and nutritional information. Most clients claimed they had never cooked Brussels sprouts, and this encouraged Lott to cook with more fresh produce.

“More produce was going to waste with each delivery. I noticed that when I tried to promote the produce, clients told me that they did not know the item or how to cook it,” Lott says. “We would have items such as carrots, cabbage, mushrooms and zucchini, and I would tell clients how simple it was to cook using olive oil, salt and pepper, or other spices. The clients tasted the produce, and most were not interested at first. But after I explained how to cook, they seemed more open to the idea of cooking with fresh ingredients. I think it's overwhelming for some clients who don't regularly cook or have never cooked before.”

But Lott wanted to expand on introducing more clients to the benefits of fresh produce. She noticed clients choosing unhealthy items, such as foods high in fats and sugars. In addition, several of her clients were diabetics. Lott expressed her concerns to her supervisor and alumna Robyn Karoly (MSW ’13), who asked for her ideas. She suggested a cooking class using simple recipes.

“I thought of a chicken stir fry with different vegetables, such as peppers, onions and carrots,” Lott says. “Not only would people enjoy it, but it also includes everyone’s daily nutrition needs.”

Even though the Catholic Charites office did not have a kitchen, Karoly liked Lott’s idea and scheduled the cooking class for April 15. She set up a table in one of the office’s rooms and provided a hot plate, pan, and cooking oil. Lott brought the ingredients and created a brochure with the recipe and nutritional information and facts. Clients signed up for the class, and Lott demonstrated her cooking skills. At the end of the class, each participant received a take-home bag with all the measured ingredients to cook.

“I was inspired by Hello Fresh and Blue Apron, which brings ingredients to your door to cook, and tried to keep it simple for clients,” Lott says. “We also encouraged clients to send us a picture of what they cooked and gave them extra food when they returned to the pantry as a reward for cooking.”

“I felt it was important for clients to understand that it’s not challenging to cook healthy at home,” Lott says. “If a client wanted to cook healthy but didn’t know how, then this class could be a way to begin different eating habits.”

The success of Lott’s cooking class has now become a quarterly series. A class was held in July and another is scheduled for October.

“It’s great to know that this will become a series of classes,” Lott says. “I also appreciated that my supervisor listened to me and made me feel comfortable to express my ideas.”

Lott will begin another field placement this month at Meeting Street Academy in Charleston. But she still hopes to share her love of cooking and healthy eating.

“I’ve already mentioned the cooking class to my new supervisor, and she loved the idea,” Lott says. “There’s already a cooking class in their cafeteria a few times each week, but they love when new ideas are introduced. In the future, I would love to work in the community where we are always learning and can teach a cooking class or other types of group therapy.” 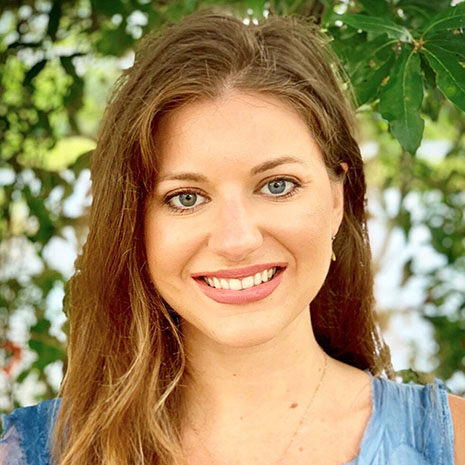 "Working at Catholic Charities allowed me to grow more in social work and not be afraid to express my ideas. I was involved in the community and everyone was supportive."