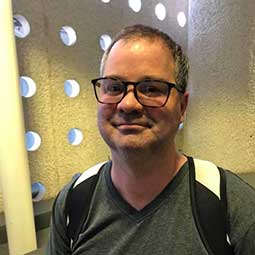 Matt D. Childs teaches for the History Department graduate and undergraduate course dealing with Latin American and Caribbean history, Atlantic History, and comparative histories of colonialism and slavery in shaping the modern world. At UofSC he has served as Director of the Latin American Studies Program and the African Studies program housed at the Walker Institute for International and Global Studies, Director of the Graduate Studies Program for the History Department, and Director of the History Center at the University of South Carolina. He stared teaching at the University of South Carolina in the Fall of 2009. Before joining the History Department at USC, Childs taught at Florida State University from 2001-2008. His primary research and teaching interests are Latin American, Caribbean, and Atlantic history with a particular emphasis on the importance of understanding the historical legacies of slavery and racism in shaping the modern world.

Childs currently serves as the Humanities editor for the Cuban section of the Library of Congress Handbook of Latin American Studies, he has been a member of the editorial boards of The Americas and Atlantic History  and African History for Oxford University Press’ Oxford Bibliographies Online. Childs has served and chaired book, article, and fellowship awards and prizes committees administered by the Social Science Research Council, the Fulbright Program, the American Council of Learned Societies, the Andrew W. Mellon foundation, and the American Historical Association.

Professor Childs is the author of The 1812 Aponte Rebellion in Cuba and the Struggle against Atlantic Slavery, which was a finalist for the Frederick Douglass Book Prize and translated and published in Cuba.  Matt Childs has co-edited with Toyin Falola The Yoruba Diaspora in the Atlantic World, and The Changing Worlds of Atlantic Africa:  Essay in Honor or Robin Law. Childs served as an Associate Editor for the 6 volume Encyclopedia of Latin American History and Culture. With James Sidbury and Jorge Canizares-Esguerra he has co-edited The Urban Black Atlantic during the Era of the Slave Trade.  Professor Childs has published articles in The Journal of Latin American Studies, The Americas, The Historian, The History Workshop Journal, The Latin Americanist, and the Latin American Research Review among other journals. Childs has received research grants from the Social Science Research Council, the Ford Foundation, the American Council of Learned Societies, the Fulbright-Hays Program, and other agencies to conduct research in Cuba, Spain, Great Britain, and the United States

I am currently working on a book length monograph that place the historical experiences of Cuba's population of African descent in wider Atlantic World contexts tentatively titled:   "An African City in the Americas: The trans-Atlantic Slave Trade and Havana, Cuba, 1762-1867" that examines the role of enslaved and free Africans in Havana, Cuba with particular attention on African origins and racial and ethnic identity. This project will connect pre-colonial African history to colonial Caribbean history through Diasporic and Atlantic frameworks. A current and past list of graduate students and their topics of study can be found on my CV by clinking on the link at the top.