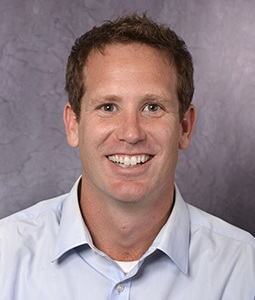 Conor Harrison joined the Department of Geography and the Environment and Sustainability Program in 2014 after receiving his Ph.D. in geography from the University of North Carolina. He also has a Masters degree in Geography from East Carolina University, a BA in Political Science from Colgate University, and has work experience in supply chain management and consumer product distribution. Dr. Harrison was an international visiting fellow at the DEMAND Research Centre at Lancaster University in the United Kingdom in the summer of 2014.

Dr. Harrison’s research examines the relationship between energy and society, with a particular focus on political economy and power relations. His current research project traces the flows of investment capital, expertise, and technology in the ongoing energy transition to renewable energy in the Caribbean. Dr. Harrison's past research has traced the historical development of electricity supply systems and markets in the American South. This work focused on the interactions of an emerging networked infrastructure with contrasting ideas and methods of financing, governance, and ideologies of race in the American South between 1900 and 1980. Previously Dr. Harrison has examined energy poverty in rural North Carolina. Portions of his work have been published in the Annals of the Association of American Geographers, Geoforum, and Local Environment. His research has been supported by the National Science Foundation, Center for Study of the American South, and the University of North Carolina.

Harrison, C. 2016. The American South: Electric and Race in Rocky Mount, North Carolina, 1900-1935. In Luque, A and Silver, J. Energy, Power and Protest on the Urban Grid: Geographies of the Electric City. London: Routledge.

Harrison, C. 2013. Accomplished by means which are indefensible: Electric utilities, finance, and the natural barriers to accumulation. Geoforum. 49: 173-183.