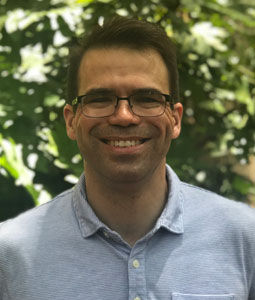 Dr. Patrick J. Walsh joined the Department of Languages, Literatures and Cultures as an Instructor of German in 2018. Born and raised in Spartanburg, SC, he began learning German in high school and later studied abroad in Würzburg, Tübingen and Berlin. He received a Bachelor of Arts in English from Davidson College (2006) and a M.A. (2009), M.Phil. (2011) and Ph.D. (2017) in Germanic Languages from Columbia University. Prior to coming to UofSC, Dr. Walsh taught for two years as a Graduate Teaching Fellow in the German program at Trinity College in Hartford, CT.

His research focuses on German literature and philosophy of the 18th and 19th centuries. He is particularly interested in the ways that literature—and especially drama—seeks to address philosophical, religious and political questions. His dissertation, “Words Full of Deed: Prophets and Prophecy in German Literature around 1800,” examines the figure of the prophet and the function of prophetic speech in literary and dramatic texts. In addition to revising and expanding this dissertation for publication, Dr. Walsh is also currently working on a project concerned with the relationship between opera and other forms of dramatic performance in 19th century German-language culture.

Dr. Walsh has taught elementary- and intermediate-level German language, German for rapid reading and translation, and German literature and culture. In the past, he has offered courses on the relationship between religion and literature as well as on the role of animals in the German literary tradition. He believes that learning languages fosters critical thinking and cross-cultural engagement by encouraging students to rethink at a fundamental level how they communicate and interact with others.