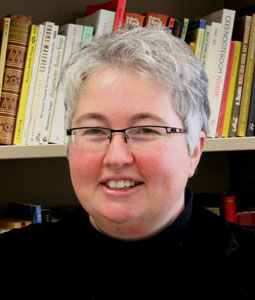 Dr. Ivory’s work revolves around cultural interactions between German-speaking and English-speaking Europeans at the turn of the 20th century. Her first book, The Homosexual Revival of Renaissance Style, 1850-1930, examined how British, Irish, and German sexual dissidents looked to the Italian Renaissance to understand their identities. She has also published on aestheticism, on the early German gay rights movement, and on Oscar Wilde’s 1895 scandal in the German press; and has articles forthcoming on competing 1907 Viennese stagings of The Picture of Dorian Grayand on the meaning of Decadence for the German actress Gertrud Eysoldt. Ivory's current project examines how Wilde and his works were reimagined by German and Austrian composers, artists, playwrights, dancers, and directors before 1939; it contends that Wildean Decadence haunts German Modernism. She is also co-editor with Prof. Joseph Bristow and Dr. Rebecca Mitchell of Wilde’s incomplete and unpublished writings for Oxford UP’s Complete Works of Oscar Wilde; in this context, she is creating authoritative editions of Wilde's dramatic fragments "La Sainte Courtisane," "A Florentine Tragedy," and "The Cardinal of Avignon."

Dr. Ivory teaches German language, literature, and culture at all levels at UofSC; her topics courses have included “Berlin: Topographies of the Twentieth Century,” “The Novels of Thomas Mann,” “An Introduction to German Culture,” “German Literature 1890-1945,” “The City in Literature,” and “The Decadent Movement in Europe.”