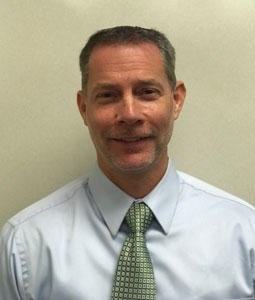 Mr. Allorto received a Bachelor degree in Spanish Language from Montclair State University in New Jersey. Immediately after, he earned a Master of Arts in Teaching degree in Spanish language and linguistics from the University of South Carolina, where he was a TA and where he taught for more than 5 years on the Columbia and Beaufort campuses.

He has also studied at La Universidad Complutense de Madrid in Madrid, Spain, where he concentrated his studies on advanced Spanish grammar and syntax. It was there where he also expanded his knowledge of 20thcentury Spanish art with particular emphasis on Dalí and Picasso. He has enhanced his cultural experiences by traveling to Venezuela and Mexico. In Venezuela, he visited Caracas, Margarita Island, and Angel Falls, the highest waterfall in the world. While briefly working in Mexico, he was immersed in the culture in Mexico City.

In December of 2016, Mr. Allorto was part of the inaugural cohort to complete the Dual-Enrollment Program with James Madison University in Virginia and La Universidad de Salamanca (USAL) in Spain for which he earned a Master in Education degree from JMU and a Master’s Degree in Spanish Language and Culture for Educators from La Universidad de Salamanca, which is recognized throughout the European educational community.

Mr. Allorto’s academic interests range from advanced Spanish grammar and syntax to theoretical linguistics to Second Language Acquisition. His most recent studies in Salamanca have peeked his interest in the “variedades de la lengua española” ranging from a sociological aspect to a lexical aspect. Mr. Allorto has been a presenter at several state conferences on the topic of teaching grammar through the history of the Spanish language and using alternative explanations to enhance students’ knowledge of grammatical concepts.