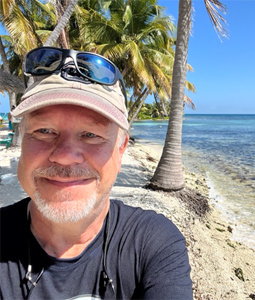 Timothy Mousseau obtained a PhD in biology from McGill University and conducted postdoctoral studies at the University of California, Davis, before joining the faculty at UofSC. Past positions include Associate Vice President for Research, Dean of the Graduate School, Associate Dean for Research and Graduate Education, and Program Officer for Population Biology at the National Science Foundation.

Tim's research expertise includes the genetics of adaptive evolutionary responses in a variety of organisms, from bacteria to man, and since 2000 he has focused on the effects of ionizing radiation and other contaminants on organisms living in Chernobyl, Fukushima, and other radioactive regions of the world. He was the first US-based biologist to conduct research in Fukushima, Japan, starting in July 2011. His groundbreaking research in Chernobyl has documented a wide range of consequences to organisms related to radiation exposure that has spawned a paradigm shift in the understanding of how natural populations are vulnerable to contaminants in nature. Most recently he has expanded his scope to include the effects of cosmic radiation in space. He has edited or co-authored 13 books and 230+ scientific papers, with more than 110 papers related to Chernobyl or Fukushima studies. He is an internationally recognized authority concerning the effects of radiation on natural systems and is among the most highly cited scientists in this field. Professor Mousseau is a fellow of the American Association for the Advancement of Science (AAAS), the American Council of Learned Societies (ACLS), the Royal Geographical Society, and the Explorers Club.