Face coverings are required on-campus and social distancing is encouraged among members of the campus community. Frequently check the coronavirus landing page and the gray box below to stay up-to-date with the latest news and updates. FREE COVID-19 testing will be available to Faculty, Staff and Students every other Monday 10:30 am to 12:30 pm near the breezeway between the Nettles and Schwartz buildings. Watch your email for updates. 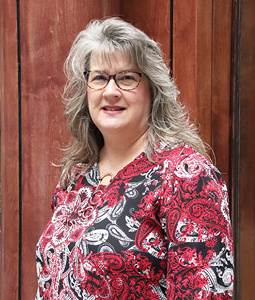 Lisa received her Bachelor of Science Degree in Business Administration from USC in 1985. She began employment at USC Sumter as the Program Assistant of the TRiO, Student Support Services Grant Program, the Opportunity Scholars Program, in November 2000. She became the Director of OSP in January 2008. Being a first-generation college student herself, Lisa offers great insights to USC Sumter students from her own experiences. The TRiO staff has successfully run the grant program since fall of 1997. Lisa's goal is to help the Student Support Services Program reach higher levels of success. She enjoys working with the students, faculty, and staff at USC Sumter. Lisa was selected as the recipient of the H.D. Barnett, Sr. Award for Outstanding Staff Member at USC Sumter for 2005-2006.

Lisa grew up in Sumter and her immediate family still lives here. A retail career in the clothing industry has afforded her the opportunity to live in several exciting cities: Savannah, GA.; Jacksonville, FL; and Daytona Beach, FL. Lisa is married to Eric Rosdail, an Investigator for the Clarendon County Sheriff's Office, and they have a daughter, Bailey. They are members of Bethesda Church of God where she and Eric both sing in choir. Lisa also serves as the Director of the Girls Clubs Program on Wednesday nights. She also serves the Sumter community as a member of the Kiwanis Club and served as the club's first female President.