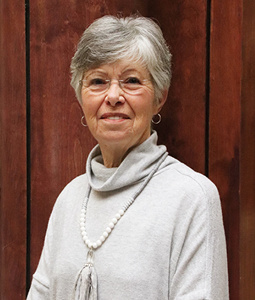 Suzette joined the staff at USC Sumter in 1992 as the Administrative Assistant to the Associate Dean for Academic Affairs. A Sumter native, she earned her Associate in Arts degree from USC Sumter in August 1998. Before coming to USC Sumter, she worked at Central Carolina Technical College and Sumter High School.

Suzette was selected as USC Sumter's Outstanding Staff Employee of the Quarter for the periods September through November 1997 and December 2008 through February 2009. She was also chosen to receive the H.D. Barnett, Sr. Award for 2008-2009.

After serving over 30 years as a state employee, she retired in May 2009 from USC Sumter and returned in January 2010 as a part-time Administrative Assistant in the Opportunity Scholars Program.

Suzette and her husband, Jay reside in Sumter and have two daughters and seven grandchildren. They are members of Alice Drive Baptist Church. Suzette enjoys walking and reading.