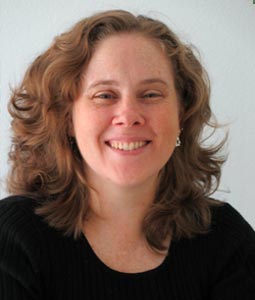 Annette Golonka is an Associate Professor of Biology at USC Lancaster. She earned her PhD at Duke University and her Bachelor's of Science Degree at the University of California Irvine. She focuses much of her time on teaching majors' courses and advising students in biology and pre-health fields (pre-dental, pre-vet, pre-medical school, pre-physician assistant).

Teaching:
Annette Golonka likes to teach by interactive lecturing, asking students questions as she lectures, getting them involved in the lecture, and making them part of the learning process. In the beginning students may be hesitant about answering questions, especially in the larger classes, but during the semester they learn that she enjoys the interaction and sometimes gets sidetracked by the questions students ask about biology in the news. She tries to make the classroom a place students enjoy being and learning about biology. Her teaching style is driven not only by a need to teach students about biological concepts and how to apply these concepts, but also by a desire to understand her students, to learn from them, and to become a better educator in the process. She wants her students to view her as both a mentor and a source of biological knowledge.

Golonka's research focuses on local plant species, such as _Silene caroliniana_ and _Gelsemium sempervirens_. The work she does tends to be microbial oriented. Her current focus is around the diversity of nectar-inhabiting microorganisms in these plant species as well as the volatile organic compounds produced by these plant species in collaborative research with USCL's analytical chemist, Dr. Bettie Obi Johnson.  Together they have worked with a number of USCL students to study the biochemistry of floral scent along with some molecular work.  Other areas Golonka is interested in include microbial ecology, diversity, and evolution as well as population and community dynamics of plants, the interaction of microbes with plants and pollinators, yeast evolution and ecology, the evolution of gender in plants, and pollination biology.