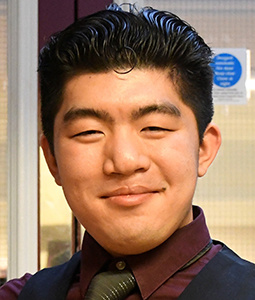 Bio: I am a first-year doctoral student of twentieth-century American popular culture. I’m particularly interested in how popular culture in the 1960s, 1970s, and 1980s manifested itself in all aspects of American life, especially within music, capitalism, consumerism, gender, sexuality, and youth culture. I hold a B.A. in History from both the College of William & Mary and the University of St. Andrews, having graduated from the universities’ Joint Degree Program.

I currently serve as a Contributing Editor for the Journal of the History of Ideas Blog, where I edit and solicit intellectual history think pieces. My undergraduate honors thesis, “’Summer’s Gone’: Rethinking the History of the Beach Boys, 1961-1998,” advised by Dr. Charles McGovern, received Highest Honors at the College of William & Mary. It has since been partially adapted into a piece published in PopMatters: “How the Beach Boys Went Political in the Early 70s.” My current research concerns the intellectual and cultural history of the Transcendental Meditation movement in the United States in the 1960s, 1970s, and 1980s. I tweet about all things history and pop culture @wongpopscholar!

I have also worked in a number of public history institutions, both in the US and abroad. At the Colonial Williamsburg Foundation, I served as a Woody Intern in Museum Studies, where I assisted the curators of its art museums document potential loan items. As an intern with the Fairfield Foundation Center for Archeology, Preservation, and Education in Gloucester County, Virginia, I researched and wrote grant proposals. In St. Andrews, Scotland, I worked as a docent and curatorial assistant at the St. Andrews Heritage Museum and Garden, where I helped curate the temporary exhibit “Looking Back: A History of the St. Andrews Preservation Trust.”