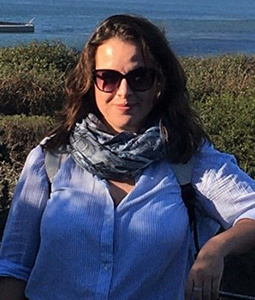 Education: BA in studies of the English-speaking World and MA in American Studies from the University of Toulon, France.

Justine was born and raised in France. During her undergraduate and graduate years in France, she had the chance to spend a year abroad in Colorado State University in Pueblo and Auburn University. Her time in the United States helped her get a better understanding of the history of the country. She developed a strong interest in African American history and social movements in the U.S and is also very interested in every topic related to the intersection of race, gender, class, and sexuality.

Her master’s thesis, entitled “Black Lives Matter: The Study of a Movement” touches on three main topics: what it means to be African American in the 21st century, the role the media have had in the creation and perpetuation of the Black Lives Matter movement, and the role of hitherto marginalized communities. Justine hopes to continue her research on African American history on a doctoral level.