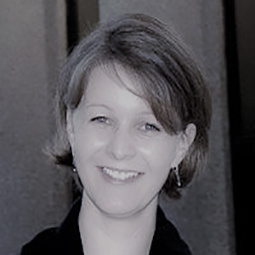 Professor Coenen Snyder teaches modern Jewish history and European civilizations courses, as well as a specialized senior seminars on the Holocaust and the History of Anne Frank. A recipient of the Michael Mungo Undergraduate Teaching Award, she also offers graduate courses in nineteenth-century European history and in dissertation prospectus writing.

Professor Coenen Snyder is a core faculty member of the Jewish Studies Program at USC, which introduces undergraduate students to Jewish history, literature, religion, politics, and culture. Her own interests lie particularly in the relationship between the built environment, material culture, and Jewish identity formation in nineteenth century Europe. Her first book, a comparative study of synagogue building and synagogue architecture in Amsterdam, London, Paris, and Berlin explores how Jewish religious edifices became central to the public face of Judaism. Building a Public Judaism: Synagogues and Jewish Identity in Nineteenth-Century Europe, aims to cross the conceptual boundaries of history, architecture, and urban studies, and was published by Harvard University Press in 2013.

She has also written book chapters on European Jewish history in the edited volumes City Limits: Interdisciplinary Essays on the Historical European City (McGill-Queen University Press, 2011), Jewish and Non-Jewish Spaces in the Urban Context (Neofelis Verlag, 2015), and Re-examining the Jews of Modern France: Images and Identities (Brill 2016). Her journal articles have appeared in Jewish History (2012) and Studies in Contemporary Jewry (forthcoming Volume 30, 2017). Her most recent work, “’As Long As It Sparkles!’ The Diamond Industry in Nineteenth-Century Amsterdam,” appeared in Jewish Social Studies 22:2 (Winter 2017).

My new book project, tentatively titled Diasporic Gems: Diamonds, Jews, and Nineteenth-Century Global Commerce, examines the role of Jewish merchants, diamantairs, cutters and polishers in the late-nineteenth century transatlantic diamond trade. After the 1869 discovery of vast diamond deposits in South Africa, the international market in precious stones soared. These discoveries, in conjunction with the growth of bourgeois consumer markets, technological innovations, and effective advertising, drove the international diamond trade to new heights. In the book, which is transatlantic in its approach, I follow the rough stone from the moment of extraction in the South-African diamond mines to the manufacturing process in Amsterdam; from the centralized London Diamond Syndicate to the lapels and décolletés of the nouveau riches eager to flaunt their new affluence. This study is simultaneously global and local, and investigates how a precious stone reached across lines of class, culture, politics, and ethnicity. With the support of the Hadassah-Brandeis Institute Research Award, the Memorial Foundation of Jewish Culture Research Grant (New York), and USC's Advanced Support for Innovative Research Excellence (ASPIRE) and Humanities grants, I’ve been able to collect materials from archives in Amsterdam and Cape Town to help tell this fascinating story.

During the 2017-2018 academic year I will be a Fellow-in-Residence at the Netherlands Institute for Advanced Study in Amsterdam.