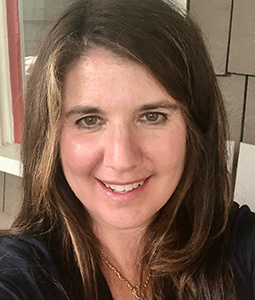 I have been on the faculty at USC since 2005, specializing in the ways that cultural institutions shape racial, ethnic, and religious identity. I am the author of Black Culture and the New Deal: The Quest for Civil Rights in the Roosevelt Era (University of North Carolina Press, 2009) and Red Hot Mama: The Life of Sophie Tucker (University of Texas Press, 2018) as well as several articles and book reviews.  My work has appeared in the Los Angeles Times, Salon.com, the Chicago Tribune and several other media outlets as well as the Journal of American History and American Quarterly. I have spoken at the National Jewish Book Council, the American Jewish Historical Society, the National Museum of American History, as well as various universities and professional conferences. My research has been supported by the Smithsonian, the New York Public Library, and the National Endowment for the Humanities, as well as grants from the University of South Carolina. I teach undergraduate and graduate courses on American Cultural History, Racial and Ethnic History, and Gender and Sexuality. I supervise several doctoral students in the History Department at USC, as well as M.A. students in Public History. I also serve as a consultant on digital and documentary film projects which bring history to a wider audience. In 2000, I was a pre-doctoral fellow at the Smithsonian and continued to work at the museum through 2003. I was as a curatorial assistant for the National Underground Railroad Freedom Center as well as several exhibits at the National Museum of American History.

I am currently beginning a project exploring queer identity among Jewish performers in the 20th Century. While I was writing my biography of Tucker, I underscored how the singer was quite ambivalent about her Jewish identity and professed an unconventional kind of sexuality. Thus, I became more interested in these concepts among other major American musicians and composers. A reporter once asked playwright and screenwriter Arthur Laurents, “Why do all you gay Jewish men write so many plays?” Before the creation of West Side Story (1957), Leonard Bernstein, Jerome Robbins, and Laurents circled among a coterie of actors, dancers, screenwriters, and other artists who found solace in the political culture of the New Deal era, wrestling with homosexuality, Jewish identity, and new aesthetic priorities. In the post-war period they were part of a vast federal interrogation of any sort of “deviant” behavior, revealed through public testimonies and shamed through blacklisting, deportation, and other methods. Art often became a way to express ideas that were forbidden in most other areas of public life. Thus, my new book project, Fear and Desire: Sexuality, Judaism, and the Politics of American Culture, explores the connection between sexual orientation and Jewish identity among some of America’s most famous cultural figures in the period from 1930-1970.