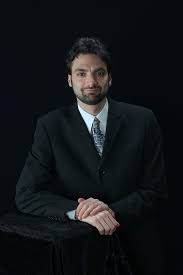 Professor Schor teaches ancient Mediterranean history with particular interest in the Roman Empire and its religious communities. Professor Schor regularly teaches the Premodern Western Civilization survey, as wells as courses on ancient Greece, the Roman world, Late Antiquity (Imperial Rome to Islam), ancient and medieval slavery, the possible ancient and medieval roots of capitalism, and the development of ancient religious communities, including the Christian church.

His publications include Theodoret’s People: Social Networks and Religious Conflict in Late Roman Syria (2011) and “Conversion by the Numbers: Benefits and Pitfalls of Quantitative Modeling in the Study of Early Christian Growth” (in the Journal of Religious History, 2009), along with several other book chapters and articles. Most recently, he has published book chapters about late ancient letter collections, and how Roman-era clerics used “church order” texts (guidebooks for clerical conduct supposedly written by the apostles) to build a sense of their own expertise.

I am currently working on a book about how the Christian clergy took form from the second to the fifth century CE, and how bishops gained greatest influence within the Christian movement.  Borrowing from sociological theories and methods (including network analysis), I reexamine various illuminating but underexplored texts (such as transcripts of early church councils, and collections of clerics’ letters). I also make wide ranging comparisons between the social activities of clerics and those of other self-declared experts (such as teachers of rhetoric, lawyers, philosophers, rabbis, and physicians) in the Roman world.  My main goal is to push beyond old assumptions about religion and the early Christian church, to better understand how what we call “organized religion” became organized.