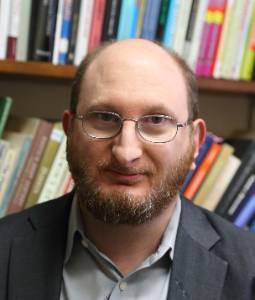 Professor November teaches courses on the history of the life sciences and medicine, history of computing, modern American history, and on the ways history is presented in games.  He is particularly interested in how developments in information technology and the life sciences have shaped one another. His recent book, Biomedical Computing: Digitizing Life in the United States (Johns Hopkins University Press, 2012), explores the intellectual and institutional dimensions of the computerization of biology and medicine. The book surveys not only the changes computers brought to the study of life, but also the changes the life sciences brought to the development of computing. It was awarded the 2013 Computer History Museum Prize.

I am presently developing a book titled Revolutions@home, which examines how distributed computing projects, with their millions of volunteers, have given the public a new kind of participatory role in scientific research. To demonstrate the insights that can be reaped by historically examining scientific distributed computing projects, my book makes a case study of the use of distributed computing in efforts to model protein folding. Specifically, it examines the Folding@home and Foldit projects, which have respectively harnessed 200,000 personal computers and 200,000 hours of video gamers’ time to generate simulations of the processes through which proteins reach their final forms – errors in protein folding are believed to cause Alzheimer’s disease, Huntington’s disease, Parkinson’s disease, and many forms of cancer. The book also compares the protein projects to similar ones, also characterized by massive citizen involvement, engaged in cryptography and astronomy research.

In preparation for my forthcoming biography of computing pioneer Robert S. Ledley, I have been working with the National Biomedical Research Foundation and the National Library of Medicine to establish an archive for Ledley’s papers and material related to the NBRF, a non-profit organization he founded in 1960. Ledley is best known for the development of the full-body CT scanner and his work in the field of pattern recognition. He was also deeply involved in early studies of DNA and RNA as well as a national effort to introduce computer technology to biology and medicine. I have also been working with the National Institutes of Health to preserve the many computers and other electronic devices Ledley built over the course of his career.

With the support of grants from the National Science Foundation, National Institutes of Health, the Charles Babbage Institute, and the Association for Computing Machinery, I am continuing my examination of the co-development of biomedicine and various computer technologies during the 1960s and 1970s. The projects include: 1) an investigation of the shared roots of nanotechnology and the 1960s area of research and development activity called “bioengineering” (NSF); 2) an analysis of George Forsythe’s role in establishing and standardizing institutional practices of computer scientists (ACM); 3) the democratization of access to biomedical computer technologies during the 1970s (CBI); and 4) the NIH’s earliest efforts to employ computers to sequence DNA and proteins (NIH). Much of this work builds on the research I conducted as a DeWitt Stetten, Jr. Memorial Fellow in the History of Biomedical Sciences and Technology [sponsored by NIH Center for Information Technology] during the 2007-2008 academic year.