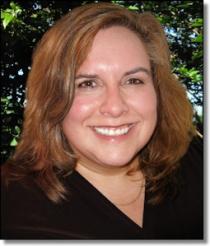 Professor Edwards works in Renaissance and Reformation European history (c. 1400-1700), with special interests in the history of religion, folklore, and frontier life. Winner of several teaching awards, she regularly offers the first half of the European Civilization survey (Big Bang to c. 1600) as well as courses on the Renaissance and Reformation, the Devil and demonology, magic and witchcraft, and family history. She also teaches classes on historical methods for both undergraduates and graduate students.

Professor Edwards has held a series of prestigious fellowships to support her research.  In addition to awards from the National Endowment for the Humanities and the American Historical Association, she has been a Distinguished Research Fellow at two European Institutes for Advanced Studies: the Helsinki Collegium (Finland) and the Hanse Wissenschaftskolleg (Germany).

Her books include Everyday Magic in Early Modern Europe (2015), Leonarde’s Ghost: Popular Piety and “The Appearance of a Spirit” in 1628 (2008), Families and Frontiers: Re-creating Communities and Boundaries in the Early Modern Burgundies (2002), and Werewolves, Witches, and Wandering Spirits: Traditional Belief and Folklore in Early Modern Europe (2002). She has also published articles in a number of journals and collections on topics such as “Popular Cultures and Witchcraft,” “The Early Modern Magical Continuum: Magic’s Ties to Religion and Folklore in Europe, ca. 1400-1700,” “Magic and the Occult in Martin Luther’s World,” and “Recent Research on Ghosts and Apparitions in Early Modern Europe.”  Since 2014, she has also co-edited, with Professor Carol Harrison, the leading English-language journal of French history: French Historical Studies.

I am completing two large books projects right now.  The first has driven my research for over a decade, so it’s almost shocking that it’s coming to an end.  Living with Ghosts: The Dead in European Society from the Black Death to the Enlightenment traces changes in European belief about ghosts from ca. 1300 to the early 18th century. By following changes and continuities in this one belief through centuries, I can explore the effect of the Renaissance, Reformation, and Enlightenment on European culture, variations in European folklore, any tensions between print and manuscript culture, and the transmission of ideas across many (false) boundaries. This project has taken me to libraries and archives all over Europe and given me way too much experience with online depositories. And I've developed a great repository of ghost stories!

My second project is a collection I’m editing involving 20 other scholars from all over the world.  Intended as an academic reference, The Brill Companion to Devils and Demons offers chapters of ca. 10-12,000 words on subjects like “The Devil in the Reformation,” “Demons in Art,” and “Devils in European Judaism.”  All of the contributors met in a series of workshops generously sponsored by the Hanse Wissenschaftskolleg in the summer of 2018.  Sitting in the sun enjoying a summer’s breeze is a lovely way to ponder the effect of Satan on humanity.