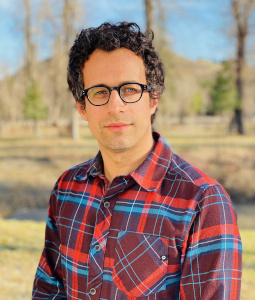 Andrew Berns teaches and writes about Medieval and Early Modern Jewish Intellectual and Cultural History in Italy, Spain, and throughout the Mediterranean.

His first book, The Bible and Natural Philosophy in Renaissance Italy: Jewish and Christian Physicians in Search of Truth was published by Cambridge University Press in 2015.  It shows how changes in European medicine prompted new readings of the Bible and other classical texts, and was awarded the 2016 Howard R. Marraro Prize from the American Catholic Historical Association.

His next book, The Land is Mine: Sephardi Jews, Land Use, and Bible Commentary in the Renaissance, was published 2022 by Penn Press in its Jewish Culture and Contexts series.  The book presents Renaissance Iberian Jewish intellectuals as deeply concerned with questions about human relationships to land.  Based on the biblical commentaries of a group of rabbis and writers who were exiled from Spain in 1492, The Land is Mine grounds Jewish exegesis in the moral philosophy, political economy, and environmental changes of this turbulent period.

"The Importance of Agriculture in Medieval Jewish Life: the Case of Crete," in Jewish History (forthcoming: 2019) [pdf]

“I Signed but I Did not Say”: The Status of Chess in Early Modern Judaism,” in Lucio Biasiori and Carlo Ginzburg, eds., A Historical Approach to Casuistry: Norms and Exceptions in a Comparative Perspective, (London: Bloomsbury, 2018). [pdf]

“Ulisse Aldrovandi and the Role of Hebrew in Natural Philosophy in Early Modern Italy,” in Scott Mandelbrote and Joanna Weinberg, eds., Jewish Books and Their Readers: Aspects of the Intellectual Life of Christians and Jews in Early Modern Europe (Leiden: Brill, 2016): 191-210 [pdf]

Further details are available on sc.academia.edu.