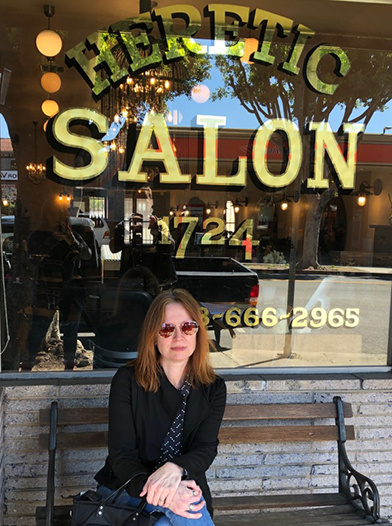 Christine Caldwell Ames is a historian of medieval Europe with a particular interest in the history of Christianity, heresy and inquisition, and interreligious relations. Her articles have appeared in The American Historical Review, Heresis, History Compass, and Comitatus, and she has written two books on religious repression in the Middle Ages: Righteous Persecution: Inquisition, Dominicans, and Christianity in the Middle Ages (University of Pennsylvania Press, 2009) and Medieval Heresies: Christianity, Judaism, and Islam (Cambridge University Press, 2015).

A recipient of the USC Mortar Board Society's Excellence in Teaching Award, Professor Ames teaches various undergraduate courses on medieval European history, as well as a survey of Christianity from its origins to the present. She also regularly teaches the core course of History 101.

My current book project is Blood of the Vine: A Religious History of Wine in Medieval Europe, which examines the various ways in which wine influenced religious culture throughout medieval society.  I am also preparing a global history of Christianity.