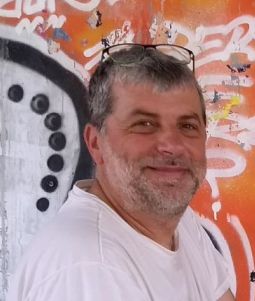 GEORGE VOULGARIS (Ph.D., University of Southampton, U.K., 1992) is a Professor of Coastal Processes and Sediment Dynamics at the Department of Earths and Ocean Sciences and the Marine Science Program of the School of the Earth, Ocean and Environment at the University of South Carolina. He received a bachelor’s degree in Geology from the University of Patras in Greece and a Ph.D. in Oceanography from the University of Southampton in the United Kingdom. After his PhD he remained in the United Kingdom as a Research Fellow at the University of Southampton before moving to the Woods Hole Oceanographic Institution, Woods Hole, MA with a Post-Doctoral scholar award (1995-97). Dr. Voulgaris joined the University of South Carolina as Assistant Professor in 1998 and he was promoted to the ranks of Associate and Full Professor in 2005 and 2008, respectively. His research area falls within the area of Coastal Processes, Sediment Dynamics and Physical Oceanography. He is engaged in a number of externally funded research projects from NSF, NOAA, the Department of the Interior and other funding organizations that deal with surf-zone and continental shelf sediment transport, wave-current interaction; hydrodynamic and turbulence measurements in the field and laboratory. More recently he has been active in the area of operational oceanography utilizing coupled wave and current numerical models and HF Radar measurements. While at USC he has graduated a number of PhD and MSc students and has authored / co-authored over 70 peer reviewed manuscripts, 100 published abstracts and 33 technical reports and other non-refereed publications. Dr. Voulgaris has served as graduate director and as Chair of the Department of Earth and Ocean Sciences and as member of the USC Graduate Council. Currently he is the Associate Director for the SEOE. Also he has served as Associate Editor for the Journal of Geophysical Research and currently he is Associate Editor for Continental Shelf Research. He has participated and chaired a number of peer review panels for the European Union and the Science Foundation of Ireland. He is a frequent reviewer of manuscripts and proposals for various journals and organizations in the United States and abroad and he has been a visiting professor at the University of Rouen, France, University of Hamburg, Germany and University of Nanjing, China. Currently he serves as member of the Scientific Committee of the Key Laboratory for Coast and Island Development, Ministry of Education, Nanjing University, China and on the Board of Directors for the SE Coastal Ocean Observing Regional Association.