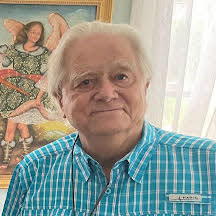 Consulting and Professional Activities
Builds conceptual depositional models by detailing and predicting surface and subsurface geometries, composition, and textural character of carbonate, evaporite and silici-clastic sedimentary rocks on a local and regional scale for hydrocarbon exploration and reservoir sedimentology and petrology, and civil engineering projects. Modeling activities involve high-resolution sequence stratigraphy, facies, petrophysics, and the physical and stratigraphic controls on carbonates, evaporites and clastic systems of the Holocene though Mesozoic, and Paleozoic, specifically of the Arabian Peninsula and Gulf but also world-wide.
Develops computerized sequence stratigraphic simulations of carbonate and clastic systems as they relate to eustatic, tectonic and sedimentation controls.
Career has mixed both academic and oil industry studies. Research and teaching involve sedimentary stratigraphy and the effects of relative sea level rise and fall on the sediments of marine and coastal settings and its relationship to the occurrence of petroleum.

Previous Chief Editor of the SEPM Strata website
(http://sepmstrata.org/)
As chief editor of the SEPM’s STRATA, the world premier web site on sequence and sedimentary stratigraphy with thousands of visitor’s worldwide visits each month. He is building and maintaining the site and its focus of short courses he and others teach within the industry and academia http://sepmstrata.org/