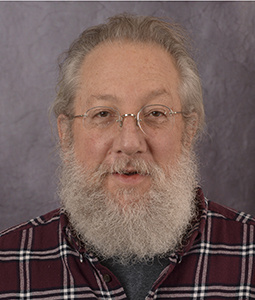 The p53 protein is an important tumor suppressor that is associated with many cellular processes including, regulation of the cell cycle, DNA repair, transcriptional regulation of genes, chromosomal segregation, cell senescence, and apoptosis. p53 has the ability to maintain stability of the genome through the induction of numerous crucial genes in response to DNA damage and other stresses to the cell. The expression of p53 is tightly regulated, and induced in early S-phase. This serves as a mechanism to ensure genomic stability prior to cells entering S-phase, and to ensure that the protein is rapidly induced in response to DNA damage. In addition to increased protein stability, the level of p53 protein is ultimately regulated via transcription of the p53 gene and in many human cancers, p53 transcription is deregulated, whether it be increased (as in the case with mutant p53 transcription) or decreased (failure to activate transcription of wild type p53), and can contribute to tumorigenesis. Recently, two genes located near the p53 gene and positioned in the opposite orientation have been identified. The most well studied to date, termed Wrap53a, encodes an antisense transcript that partially overlaps the first exon of p53.  Base pairing between the WRAPa and p53 transcripts serves to regulate p53 post-transcriptionally in response to DNA damage.  Recent findings indicate that p53 may bind to three potential p53 binding sites in the WRAPa promoter and induce its expression, thus serving as part of a positive autoregulatory loop.

In another aspect of our research we identified a novel long non-coding RNA (lncRNA), designated lncRNAp53Int1 that is expressed at high levels in the cytoplasm in numerous myeloid leukemias and appears to participate in maintaining the undifferentiated and proliferative state of these cells. Our working hypothesis is that this lncRNA binds to and modulates the activities of RNA molecules and/or proteins and in this way contributes to oncogenic transformation by suppressing the differentiation of myeloid progenitor cells. The discovery of a regulatory role for lncRNAp53Int1 in leukemia cell differentiation could lead to the identification of novel targets and the development of new therapeutics for acute myeloid leukemias. Silencing this lncRNA could potentially lead to an effective way to inhibit proliferation through the induction of terminal differentiation.