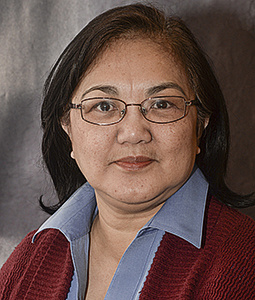 Tumors are generally viewed as a mass of neoplastic cells that through accumulated mutations have acquired the abilities of enhanced proliferation, evasion of apoptosis, selective survival in tissues and in some, the ability to invade and metastasize to distant organs. Chemotherapeutic agents have traditionally been developed to specifically target and destroy neoplastic cells. In fact, tumors are also comprised of non-neoplastic cells, mostly derived from hematopoiesis, that infiltrate and surround the neoplastic cells. These include neutrophils, macrophages, mast cells, lymphocytes, fibroblasts, and others that secrete a diverse combination of cytokines, growth factors, hormones, signaling molecules, reactive oxygen species and other components of the extracellular matrix to create a complex milieu that plays a critical role in tumor induction, progression, and response to chemotherapy. Together with the extracellular matrix in which the tumor is embedded, they constitute the tumor stroma or microenvironment. My research is focused on understanding the complex interactions between tumor cells and its microenvironment and how these can be harnessed to enhance the efficacy of current therapies or develop novel therapies to block tumor progression and metastasis.

The microenvironment and tumor response to therapy.

Because of its role in promoting tumorigenesis, strategies for anticancer therapy should target both cancer cells and the supporting microenvironment. Through transplantation of genetically modified hematopoietic stem cells (HSCs) expressing the green fluorescent protein (GFP), we can track tissue-specific engraftment and manipulate the genetic character of bone marrow derived cells (BMDCs) in the microenvironment to examine their effect on tumor response to chemotherapy. Our initial results suggest that transplantation of chemoresistant HSCs into ApcMin/+ mice that are genetically predisposed to the development of intestinal adenomas, has profound effects on tumor response to a combined therapy using inhibitors of the enzyme thymidylate synthase (TS), an important target of anti-neoplastic agents. Our studies are aimed at identifying the specific cells that mediate this response and methods to specifically target chemosensitizing genes to the tumor microenvironment to enhance therapuetic efficacy while minimizing drug induced toxicities.

Metastasis is the spread of cancer cells from the primary site to distant organs and accounts for the majority of cancer related deaths. Successful metastasis occurs through several complex steps that depend on multiple interactions between cells in the primary tumor and the target organ microenvironment. Most of these are clinically undetectable contributing to the lack of understanding of the mechanisms of the early steps of the disease, a stage where therapeutic intervention could potentially block its progression. Our goal is to understand the molecular and genetic mechanisms of colon cancer metastasis to the liver. We utilize genomic techniques and orthotopic mouse models for colorectal carcinogenesis and metastasis combined with transplantation of fluorescently labeled adenocarcinoma cells and HSCs to dissect the “cross-talk” between tumor cells and target organs at the onset of metastases. Our long term goal is to identify biological markers for early diagnosis and targets for therapeutic intervention or adjuvant therapies.

In collaboration with Frank Berger’s lab, we have studied the structural and molecular determinants of the intracellular stability of thymidylate synthase (TS). TS catalyzes the reductive methylation of dUMP to dTMP which is the sole de novo source of thymidine for DNA synthesis in actively proliferating cells, making TS an important target for a variety of anticancer agents. Drug-induced elevation of intracellular TS levels has been implicated in acquired cellular resistance to chemotherapy. We have previously established that TS is degraded by the proteasome independent of ubiquitinylation and that its unstructured N-terminus plays an important role in modulating its stability. By two hybrid analyses, we recently identified a novel post-translational modification of TS. Current studies are aimed at understanding the role of these modifications on TS stability and function and on cellular response to various chemotherapeutic agents.