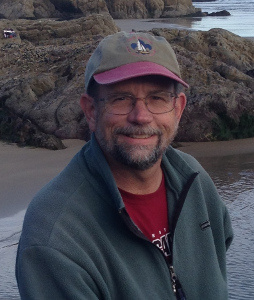 1)  Marine Speciation and the Maintenance of Hybrid Zones. Marine systems are especially intriguing in understanding speciation since populations are typically connected by larval dispersal over potentially large geographic distances and thus evolution occurs within the context of potentially high gene flow. In addition adults are often free spawning so the potential to evolve difference in mate recognition is limited. We use marine mussels in the genus Mytilus as a model system for analyzing speciation and the results of hybridization in marine systems. Mussels have complex biogeographic histories that include varying degrees of reproductive isolation depending upon where species and populations co-occur. We are presently examining mechanisms of post-mating reproductive isolation and the consequences of varying degrees of isolation in determining the level of introgression and structure of natural hybrid zones.

2)  Ecological Response to Climate Change - retrospective (hindcast) analysis and forecasting of changes in marine ecosystems. Different species of Mytilus form geographical races that are physiologically differentiated to occupy boreal, cold-temperate, and warm-temperate marine ecosystems. Mussels are dominant space-occupying species that control biodiversity in many coastal ecosystems. We are using this system to understand how climate change, including decadal climate oscillations and long-term warming trends, will affect the distribution of marine mussels and their associated communities. We have developed ecological forecasts of mussel distribution based on physiological models and are validating these forecasts using long-term data records to hind-cast historical changes in these ecosystems. Recent work has shown that the Pacific Decadal Oscillation (~40 year climate cycle) has driven rapid changes in the distribution of the invasive mussel Mytilus galloprovincialis in California and that the effects of the current cooling trend dominate any signal produced by global warming. In contrast regional warming of the English Channel has led to rapid change in the distribution of some mussel hybrid zones, but not others, providing a basis to dissect possible mechanisms underlying ecological change.

3)  Population Connectivity. Adult mussels, like most other marine species, are sedentary as adults and thus populations are interconnected by larval dispersal. Larval dispersal influences every aspect of population dynamics, including patterns and rates of response to climate change and the distribution and architecture of hybrid zones. We previously used mussel hybrid zones to conduct one of the first large scale studies of larval dispersal and coupled these measures to the predictions of dispersal generated using physical circulation models. Current studies expand upon this early success to assess the interplay of ecological factors (e.g. adult population success, larval mortality, larval wastage, etc.) in determining realized population connectivity.