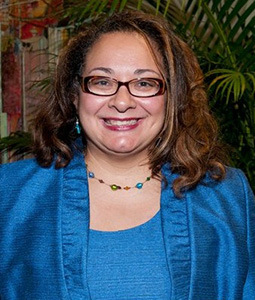 Kimberly Eison Simmons is currently an Associate Professor of Anthropology and African American Studies, Interim Director of African American Studies and Interim Director of the Institute for African American Research at the University of South Carolina. She received her B.A. in Spanish from Grinnell College and her Ph.D. in Anthropology from Michigan State University where she was also a Researcher-in-Residence with the African Diaspora Research Program. Much of her research focuses on women’s organizations, Afro-Dominicanness, African American culture and experience, and the cultural construction of identity in the African Diaspora focusing on African Americans and Afro-Latinos/as. She is the author of Reconstructing Racial Identity and the African Past in the Dominican Republic (University Press of Florida, 2009) and co-editor of Afrodescendants, Identity, and the Struggle for Development in the Americas (Michigan State University Press, 2012). She is currently working on a book focusing on Afro- Dominicanness, identity, and the politics of natural hair. She is also past President of the Association of Black Anthropologists.

ANTH/AFAM 517:   An Anthropological View of Blacks in Film

ANTH/AFAM 580:   Culture and Identity in the African Diaspora

2012 “Navigating the Racial Terrain: Blackness and Mixedness in the United States and the Dominican Republic” in Bernd Reiter and Kimberly Eison Simmons (editors) Afro-Descendants, Identity, and the Struggle for Development in the Americas. East Lansing: Michigan State University Press (reprint - printed with permission with some minor edits).

2012 “Constructing and Promoting African Diaspora Identity in the Dominican Republic: The Emergence of Casa de la Identidad de las Mujeres Afro,” in African and Black Diaspora (Special Issue on Rewriting the African Diaspora in the Caribbean and Latin America), 5(1): 123-133.

2009 Reconstructing Racial Identity and the African Past in the Dominican Republic. Gainesville: University Press of Florida. Paperback, January 2011.