The pharmacist is in

Pharmacists might soon become an integral part of many physician practices, much like physicians assistants and nurse practitioners are now, thanks to the success of an ongoing program developed by the Kennedy Pharmacy Innovation Center.

Working with several partners, the Kennedy Center placed S.C. College of Pharmacy graduate Paul Fleming with Palmetto Primary Care Physicians, the largest physician-owned practice in South Carolina, in their North Charleston office, Trident Medical Arts Center. The goal was to integrate a pharmacist into the interdisciplinary medical team focused on the patient.

The patient benefits by optimizing time with the provider who can provide the best outcome. — Bob Davis

After working just one year within the practice, Fleming demonstrated dramatic success with patients with high cholesterol, hypertension and diabetes — about three-quarters of patients in each category showed improvement. From a business point of view, the bottom line was served as well, as the practice elected to hire Fleming full time without external support from the Kennedy Center or other partners. The team has another pilot program running, this time in a rural setting in Lancaster, and recently started a third, in Summerville.

By studying how to best optimize the arrangement — such as determining how many patients are ideal for a pharmacist in a given setting, whether telephone monitoring might or might not be effective, or how a pharmacist might be "shared" between multiple smaller practices — the Kennedy Center team is refining a model it hopes to spread.

"The patient benefits by optimizing time with the provider who can provide the best outcome" says Bob Davis, a professor in the Kennedy Pharmacy Innovation Center.

"It really allows the professionals involved to work at the top of their license," says Bryan Ziegler, the Kennedy Center's executive director. "So the patients get the best care possible." 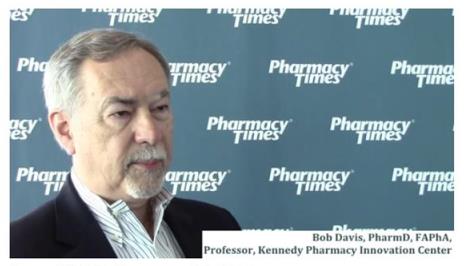 The Kennedy Pharmacy Innovation Center creates and fuels an influential cadre of pharmacists and educators equipped with a vibrant, innovative, and entrepreneurial spirit to conquer the challenges of the changing healthcare landscape and transform the practice of pharmacy. Visit their website to read more about this unique pilot program.