Prakash Nagarkatti, Ph.D., was named the University of South Carolina's Vice President for Research in October 2011. Currently, he oversees a $275+ million research enterprise across all USC campuses. He also serves as Carolina Distinguished Professor, Director of the NIH Center of Research Excellence in Inflammatory and Autoimmune Diseases, the NIH COBRE Center for Dietary Supplement and Inflammation and the NSF MADE in SC Initiative. From 2005 through 2011, he served as Associate Dean at the USC School of Medicine.

Dr. Nagarkatti continues to teach and has won numerous awards nationally and internationally for teaching and scholarly activity. He has also:

Dr. Nagarkatti's research has been continuously supported by numerous grants from the National Institutes of Health, the National Science Foundation/Environmental Protection Agency and the American Cancer Society. Since joining USC in 2005, he has secured more than $100 million in research funding. Dr. Nagarkatti has published over 290 scientific papers, and has trained more than 35 graduate students, 19 postdoctoral fellows, 20 junior faculty and 35 international scholars over the course of his career. He has chaired and served as a member on numerous NIH Review Panels. He also holds several patents on treatment modalities against cancer and inflammatory diseases. His patent on use of Cannabidiol to treat autoimmune hepatitis has been approved by FDA as an orphan drug. Dr. Nagarkatti is a Fellow of AAAS, Fellow of the Academy of Toxicological Sciences and Fellow of the National Academy of Inventors. He received the Vos Lifetime Career Achievement Award from the Society of Toxicology.

For more information on Dr. Prakash Nagarkatti, please refer to his curriculum vitae or read about his many research interests.

We must build an environment that promotes innovation and collaboration across all USC schools and colleges as well as with other universities and other state, regional and national public and private partners. Only by encouraging interdisciplinary research will we be able to solve problems unique to our state and region and develop the next generation of innovators and entrepreneurs.
— Prakash Nagarkatti, Ph.D. 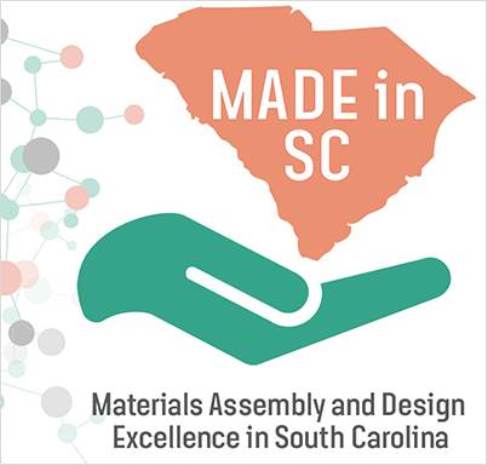 In September 2017, a statewide consortium of advanced materials researchers and educators has landed a $20 million, five-year award from the NSF EPSCoR program to establish a new initiative called Materials Assembly and Design Excellence in South Carolina, or MADE in SC.

At $20 million, this is the highest ever sponsored award made by the NSF to South Carolina.