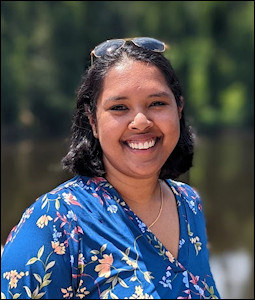 I am currently working on a book titled The Discursive Material of the Sexualized Feminine Body in Young Adult Literature. Several feminist literary scholars such as Gilbert and Gubar have argued that a female character has agency if she has a voice or speaks out against oppression. Other feminist scholars such as Bordo and Grosz have argued that we cannot discount the materiality of our bodies because our bodies are politically inscribed entities. In The Discursive Material, I argue that feminine character gets agency not from voice or materiality independent of each other, but because they coexist in a state of fluidity and interdependence. I also argue that no one can change the world alone. In order of a feminine character to be successful, she needs to have a close-knit community on whom she can depend. This is especially relevant because, in most YA, the female best friend gets sacrificed in favor of a heterosexual relationship. The Hunger Games is a case in point. Katniss Everdeen is strong and resilient, but towards the end of the third book, she is a broken shell of a person partly because she doesn’t have friends on whom she can depend. The Lunar Chronicles by Marissa Meyer, on the other hand, which is a feminist retelling of popular fairytales like “Cinderella” and “Snow White,” features Cinder, a lunar cyborg who is considered to be a second-class citizen because she is racially othered and differently abled. However, she is able to overthrow the evil queen, Levana, and become the future ruler of Luna because she is able to accept the materiality of her cyborg body and because she has a group of friends on whom she can depend. I conclude that silencing doesn’t necessarily mean a loss of agency because our bodies are, in one way or another, a response to the cultures that we live in. Accordingly, the different chapters deal with the sexualized adolescent body, the maternal body, the cyborg body, the multiracial body, and the transgender body, respectively.