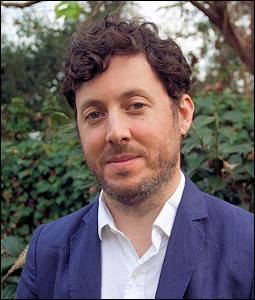 My second book, Moments of Capital: World Theory, World Literature, is forthcoming from Stanford University Press in March 2023. Undertaken at the interface of critical theory and world literature, Moments of Capital sets out to grasp the unity and heterogeneity of global capital in the postcolonial present. I argue that global capital is composed of three synchronous moments: primitive accumulation, expanded reproduction, and the "synthetic dispossession" facilitated by financialization and privatization. These moments correspond to distinct economic and political forms, and distinct strands of theory and fiction. Moments of Capital integrates various intellectual traditions—from multiple trajectories of Marxist thought, to Weberian inquiries into the "spirit" of capitalism, to anticolonial accounts of racial depredation—to reveal the concurrent interrelation of the three moments of capital. The book's literary readings, meanwhile, make vivid the uneven texture and experience of capitalist modernity at large. Analyzing formally and thematically diverse novels—works by Fiston Mwanza Mujila, Marlon James, Amitav Ghosh, Jennifer Egan, Eugene Lim, Raphael Chirbes, Neel Mukherjee, Pitchaya Sudbanthad, Rachel Kushner, and others—Moments of Capital evinces the different patterns of feeling and consciousness that register, and hypothesize a way beyond, the contradictions of capital. This book develops a new conceptual key for the mapping of contemporary theory, world literature, and global capital itself.

My first book, Security and Terror: American Culture and the Long History of Colonial Modernity, was published by the University of California Press in 2018. Security and Terror interweaves two threads. One, the book embeds the conceptual paradigms of security and terror within the five-hundred-year history of European empire and its afterlives—the long, global history of colonial modernity. Two, the book examines how the extant history of colonial modernity, and the dialectic of security and terror that operates therein, is registered and reckoned with in contemporary theory and fiction.