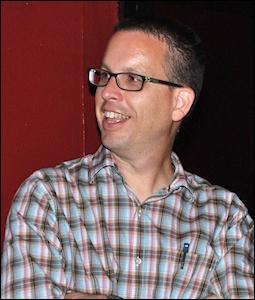 OTHER
• “How to Lift Him,” TedXColumbiaSC, 20 Jan 2014.
• “Coming Out on a Christian Campus, Then and Now,” Religion Dispatches 31 March 2011.
• "The Grounds On Which We Met: Friendship and the Possible," in On the Meaning of Friendship Between Gay Men. Andrew Gottlieb, ed. New York: Routledge, 2008. 39-45.
• "Gay Bridal Showers" [commentary on same-sex marriage activism], All Things Considered, National Public Radio, broadcast 29 March 2004.