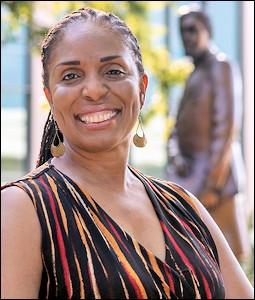 I'm always working on developing ideas for picture books. Black Magic (2009), turning the negative meanings of blackness upside down, is particularly important to me. My hope is that readers join me in celebrating Blackness in its many manifestations. For young adults, I'm working on a novel inspired by my first journey to the continent of Africa almost three decades ago, with a multiracial group of American students. It was a journey that is at the heart of who I am as teacher, writer, and parent.