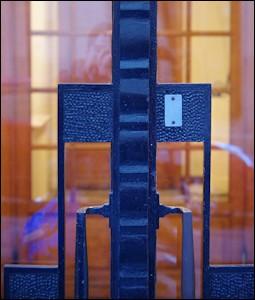 The questions that sustain my research emerge from my longstanding interest in the connections and disconnections between rhetorical theory, critical theory, and the possibilities of ethical-political life. In the last years, much of this inquiry has focused on how deeply divided societies grapple with legacies of violence and the ways in which they fashion passages from authoritarian politics and protracted historical conflict. My ongoing work in South Africa, for instance, is addressed to the theoretical and practical dynamics of reconciliation and the demands of transitional justice. As an academic and a long time Senior Research Fellow at the Institute for Justice and Reconciliation in Cape Town, I am concerned with the ways in which reconciliation offers less the hope of a timeless peace than the opening of spaces in which to undertake critique that both discloses the roots of what Hannah Arendt called legal violence and disrupts the traditional relationship between constitution-building, political identity, and sovereign power.

In conjunction with my recent study of the rhetorical-theoretical grounds of contemporary human rights discourse, not least as they appear in the thought of Richard McKeon, this work has opened two new and related lines of inquiry. First, I am currently writing a book that asks after the neglected and altogether rhetorical underpinnings of transitional justice. Before the rule of law (and one can indeed think of Kafka here) that now defines its terms, aims, and professed value, transitional justice depends on an art of discovery, a rhetorical art of inquiry addressed initially to the question of how to "come to terms", how to find those words that turn historical justifications for violence towards opportunities for productive disagreement over the potential for ethical life. Thus, second, I am at work on an extended theoretical reflection to do with the ways in which words call out the question of the human and, following the paths set out by the likes of Benjamin, Heidegger, Derrida, Merleau-Ponty, and Agamben, what it might mean to consider rhetoric's potential as an experience of language as such, a mode of "recognizing experience" that renders the word ontologically and ethically otherwise.