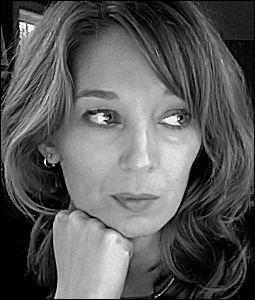 I am author of Chaucer’s Visions of Manhood (Palgrave, 2007), co-editor of Medieval Literature: Criticism and Debates (Routledge, 2014; with D. Vance Smith), and editor of Comic Provocations: Exposing the Corpus of Old French Fabliaux (Palgrave, 2006). My articles have appeared in The Chaucer Review, Exemplaria, The Journal of Early Modern Cultural Studies, The Journal of Medieval and Early Modern Studies, Medieval Feminist Forum, New Medieval Literatures, Shakespeare Quarterly, Studies in the Age of Chaucer, Studies in English Literature, 1500-1900, and numerous edited collections. I am also co-editor of a special issue of postmedieval: a journal of medieval cultural studies on “Premodern Flesh” 4.4 (2013; with Kathryn Schwarz).

From 2008-2015 I was forum editor and reviews editor of postmedieval: a journal of medieval cultural studies. I have been a member of the MLA’s Chaucer Division Executive Committee (2010-15; Chair, 2014), a member of the New Chaucer Society Program Committee (Portland, 2012), and Co-Chair of the New Chaucer Society Program Committee (Reykjavik, 2014; with Glenn Burger). My work has been supported by fellowships from the Fulbright Commission, the NEH, the Folger Shakespeare Library, IASH at Edinburgh University, and the Forschungskolleg Humanwissenschaften at the Goethe University of Frankfurt. I am the recipient of the departmental teaching award, as well as the Graduate English Association’s award for best performance in the classroom. I have also twice won the William Richey Faculty Mentor Award from the Graduate English Association. In 2014-2015 I held the English Department’s Morrison Professorship and was a Visiting Research Scholar at Vanderbilt University. In 2016, I won the Russell Research Award for Humanities and Social Sciences, the highest award for research at USC.

I’m currently working on two monographs: Feminism Without Gender in Late Medieval Literature offers a positive account of feminist subjectivity in Chaucer, Langland, the Pearl-poet, Hoccleve, and Kempe; Feeling Medieval: The Affects of the Past in Reformation England investigates how early sixteenth-century writers—including Askew, Bale, Foxe, and Tyndale—make use of the medieval structures of feeling they claim to suppress. I’ve recently published an essay on Langland and feminism in Exemplaria, an essay on Chaucer’s Knight’s Tale and feminism in The Chaucer Review, an essay on “Vertu” for the ARC Humanities Companion to Chaucer (ed. Lynn Shutters, Matthew Irvin, and Stephanie Batkie), and an essay on Chaucer’s Clerk’s Tale for The Cambridge Companion to Chaucer (ed. Frank Grady). I also write on the relationship between past and present for the ARCADE project at Stanford: http://arcade.stanford.edu/users/holly-crocker. You can find links to my work, including my current and developing projects, at my website: https://hollyacrocker.com.