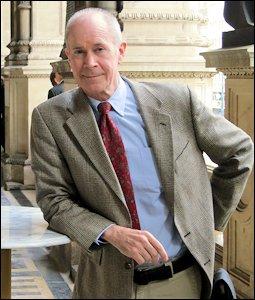 I have long wanted, by adding a volume on Cormac McCarthy to my studies of Pynchon and DeLillo, to achieve in criticism a kind of postmodern trifecta.  All three of these writers apply themselves to historicized narrative; all three subvert traditional historiography; all three resist what DeLillo calls the “flat, thin, tight, and relentless designs” of official history, written in “a single uninflected voice, the monotone of the state, the corporate entity, the product, the assembly line.”  But for really aggressive disruption of statist mythography, one turns to the novels of McCarthy.  In what spirit, I ask, might the contemporary writer of fiction legitimately scrutinize the past?  The most interesting–and postmodern–of contemporary historical novels are not so much about the past as about representations and conceptualizations of the past.  In the hands of postmodern novelists, historiography becomes its own subject. The reader of postmodern historical fiction discovers, among other things, that the routine iconoclasm of the modernists (their desire to “shock the middle class”) has become something more epistemologically radical.  McCarthy, like Pynchon and DeLillo, deconstructs the modernist predilection for mythopoesis and mythography and metanarrative.