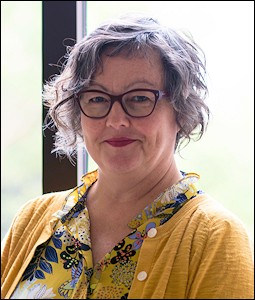 • Film and Media Analysis
• Film and Media History
• Mediating Ferguson, U.S.A.: 1915-2015
• Race and Media Studies
• The South on Screen
• Alternative Media/Alternative Communities
• Hollywood in the 1950s & 1960s
• Cowboy Nation: The American West in the Popular Imagination
• The Musical (From Gold Diggers of 1933 to Glee)

As a scholar of U.S. film and media, I’m interested in what media history can teach us about our histories and fictions of race, gender, region, and the nation itself. I have long been interested, especially, in how media shapes collective forms of racial knowledge and memory; but my archives have considerably shifted.

My first book, Hollywood Fantasies of Miscegenation: Spectacular Narratives of Gender and Race, 1903-1967, investigated popular cinema’s treatment of what it called “miscegenation”—before, during, and after the Production Code defined it as “sex relationship[s] between the black and white races” and forbade it on the big screen.

My most recent book, Split Screen Nation: Moving Images of the American West and South, considers how the history of divided feelings about the United States and its most paradoxical narratives (e.g., “land of the free”/land of slavery, conquest, and segregation) animates a persistent if unstable opposition in the history of U.S. screen culture between the West and the South. Split Screen Nation traces this opposition across a wide range of screen media in the era of Civil Rights and the Cold War, including Hollywood films and television, but also corporate and educational films, amateur films (aka “home movies”), and films of atomic testing in the desert West.

I am currently writing a book entitled ZIP Code Media: Audio-Visual Archives of Segregation and Its Aftermath. Inspired in part by the new, citizen-media archives of systemic injustice (e.g., viral videos documenting police brutality and white civilians policing black bodies in seemingly every conceivable kind of place and space), ZIP Code Media investigates the media history of U.S. institutions that helped make race in the 20th century. Chapters consider, for example, redlining maps made and disseminated by the federal government, the photographic collection of a Jim Crow state park system, and the multimedia projects of a municipal urban renewal agency. The book (1) explains how these materials originally emerged, circulated, and were used; and also (2) aims to repurpose them, for the present, as powerful tools to expand our ways of seeing, knowing, and feeling our collective histories of institutional racism.

BOOKS
• Split Screen Nation: Moving Images of the American West and South (Oxford UP, 2017)
• Hollywood Fantasies of Miscegenation: Spectacular Narratives of Gender and Race, 1903-1967 (Princeton UP, 2005)

SELECTED ESSAYS
• “Framing the Bomb in the West: the View from Lookout Mountain” in Haidee Wasson and Lee Grieveson, eds., Cinema's Military Industrial Complex (University of California Press, 2018)
• “From Colormuteness to Interracial Dialogue (A Love Letter to My MF Students),” Flow, vol. 23, no. 6, April 24, 2017
• “A Pedagogical Experiment in the Era of Black Lives Matter,” Flow, vol. 23, no. 4, February 26, 2017
• “Mediating Ferguson in Columbia, SC,” Flow, vol. 23, no. 2, November 20, 2016
• "Ripping the Portieres at the Seams: Lessons from Streetcar on Gone with the Wind" in J. E. Smyth, ed., American Historical Cinema in the Studio Era (Palgrave Macmillan, 2011)
• "Guess Who's Coming to Dinner with Eldridge Cleaver and the Supreme Court" in Daniel Bernardi, ed., The Persistence of Whiteness (Routledge, 2008)