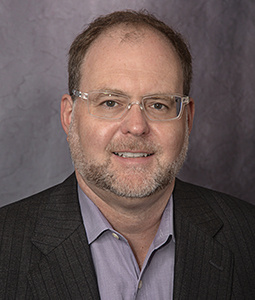 • Film and Media History
• Cinema and the Archives
• Media Industries

I investigate the history of media institutions. This interest has led me to publish two books on early Hollywood and to write another, with co-author John Marx, revealing the career of the American university as an audience-building enterprise.  John and I are currently researching a follow-up book entitled “It’s Time to Reclaim Merit,” which addresses the urgent need to reexamine the university's role in identifying and certifying talent. I also am currently working on a book, “Accounting for Motion Pictures,” that will reconsider film and television history from the point of view of its accounting practices. I engage collaborative projects to bridge disciplines, institutions, and communities by means of digital tools and archival media, work that led me to co-edit a collection on archival newsfilm.

BOOKS
• Media U: How the Need to Win Audiences Shaped Higher Education. With John Marx (University of California, Davis). Columbia University Press, 2018.
This book describes how the US university developed as a media platform. For the past century and a half, American universities have built and maintained audiences through football games as much as through curricula, through film, radio, television, and digital computers as much as through print. Homecoming games and freshman composition, movies and research publications, twitter feeds and humanities centers are not in fact the adversaries stereotyped by so many accounts of US higher education. Instead, a common imperative informs them: through feats of mediation, universities bind individuals into groups and certify hierarchical distinctions.
• Rediscovering US Newsfilm: Cinema, Television, and the Archive. Co-edited with Sara Beth Levavy, Ross Melnick, and Mark Williams. AFI Film Readers. Routledge, 2018.
Assembling new approaches to the study of U.S. newsfilm in cinema and television, this edited collection makes a long overdue critical intervention in the field of film and media studies by addressing the format’s inherent intermediality; its mediation of events for local, national, and transnational communities; its distinctive archival legacies; and, consequently, its integral place in film and television studies more broadly.
• Universal Women: Filmmaking and Institutional Change in Early Hollywood. University of Illinois Press, 2010.
• A Choice outstanding academic title, 2011.
• Love Rules: Silent Hollywood at the Rise of the Managerial Class. University of Minnesota Press, 2003.