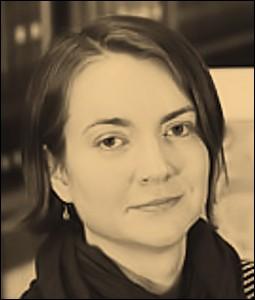 My teaching and research focus on British and French literature of the eighteenth and nineteenth centuries. Broadly speaking, I study Romanticism, the Enlightenment, the novel, the history of science, and book history. More specifically, I am interested in fiction’s engagement with visual experience (especially novelistic perspective), historical conceptions of sympathy, and graphic representations of knowledge.

My book, Vicarious Narratives: A Literary History of Sympathy, 1750-1850 (forthcoming from Oxford University Press), describes fiction’s formal engagement with theories of feeling against the backdrop of abolitionism and imperialism. It argues that Romantic-era fiction responds to Enlightenment theories of shared feeling with a novelistic model of sympathy that struggles to overcome human difference through the active engagement with narrative—through hearing, re-telling, and transcribing the stories of others. In novels by Laurence Sterne, Francois-René de Chateaubriand, Jacques-Henri Bernardin de Saint-Pierre, Mary Shelley, and Emily Brontë, characters who are separated by differences of class, race, or species experience a version of sympathy that works to accommodate such differences. Through discussions of epistolary novels, frame tales, and literary anthologies, I argue that fiction reshapes the mental, abstract faculty that Adam Smith defined as sympathy into an element of novelistic form. Central topics include moral philosophy, historical conceptions of race, sentimentalism and abolition, the French Revolution, fraternity and kinship, and narrative form. In addition to this project, some of my recent and current work discusses John Keats and the history of medicine, Jane Austen and cognitive science, and Romantic poetry, botany, and book history.

Ongoing research projects take advantage of my position as a curator in USC’s Irvin Department of Rare Books and Special Collections and my background in Comparative Literature. I am the lead PI (with co-PI Mike Gavin, English) on a developing digital humanities project that uses new technologies to make the works of Giovanni Piranesi (1720-1778) accessible and legible (digitalpiranesi.org). This project has been funded by a grant from the NEH for 2019-2021. With Michael Weisenburg in Rare Books, I co-manage a digital project called “Ghostwriting” that collects and shares historical marginalia in USC’s library books. My motivations for this project are described in a short piece published with The Conversation. In addition, I am planning an article on Piranesi’s encyclopedic maps and cartographic metaphors in Diderot and d’Alembert’s Encyclopédie.

My curatorial work in Rare Books has included organizing events and staging exhibits. In Fall 2018, I curated an exhibit to commemorate Frankenstein’s 200th anniversary that shared two extraordinary books in our collections: the first edition (1818) and Shelley’s revised edition (1831) of the novel. Local media coverage appeared with The State, Free Times, and South Carolina Public Radio. As of early 2019, I am planning a full gallery exhibit scheduled for Fall 2020 on Giovanni Piranesi that will commemorate his birth in 1720, showcase USC’s extremely rare 29-volume set of his complete works, and announce the launch of The Digital Piranesi.

• "The Digital Piranesi,” a digital humanities project that reimagines the works of eighteenth-century printmaker Giovanni Battista Piranesi (supported by the National Endowment for the Humanities, an ASPIRE II Grant, the Center for Digital Humanities, the Irvin Department of Rare Books and Special Collections, and the Magellan Scholar Program) (http://digitalpiranesi.org)
• “Ghostwriting: Historical Readers and Library Collections,” a digital humanities project that collects, catalogs, and disseminates significant marks left by historical readers in library books (funded by a Provost’s grant)  (http://digital.library.sc.edu/exhibits/ghostwriting/)