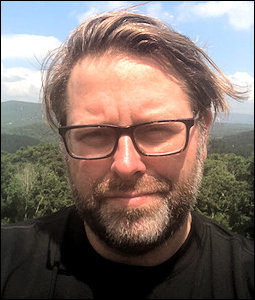 • Literary Speech Acts of the Medieval North: Essays Inspired by the Works of Thomas A. Shippey. Co-edited with Eric Shane Bryan, Arizona Center for Medieval and Renaissance Studies, 2020.

A Native of St. Louis, Missouri, Alexander Vaughan Ames has been teaching for USC's Social Advocacy and Ethical Life Initiative (i.e. teaching SAEL 200) and for several years before that, I taught a variety of courses in English Composition and Literature here at USC. Prior to teaching at USC, he taught courses in English Language and Literature, with an emphasis on literature in Old and Middle English, and Book History at the Georgia Institute of Technology, at Saint Louis University and the University of Alabama. He holds a Ph.D. in English from Saint Louis University, with a Graduate Certificate in Medieval Studies, a M.A. in English from the University of Alabama, and a B.A. in English and Art at the University of Missouri. His research interests include textual studies, book history, and the role of speech acts in Medieval literature. Most recently, he co-edited, with Eric Bryan, of a volume of essays addressing the use of speech acts in Old Norse, Old English, and Middle English in honor of Tom Shippey published by the Arizona Center for Medieval and Renaissance Studies In his spare time, he enjoys playing video games with his twin sons, reading books of all sorts, including historical mystery novels, and watching movies and listening to music of a variety of genres, watching and playing rugby, and practicing his Welsh (usually in reference to literature and/or rugby).