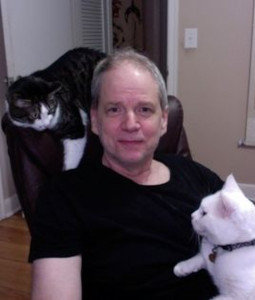 Marc L. Moskowitz is a Professor in the Department of Anthropology at the University of South Carolina. Focusing on the intersection between gender and popular culture in Chinese-speaking Asia, he is a recipient of the ACLS-NEH, Chiang Ching-Kuo, Fulbright, and Fulbright-Hays Awards. He has published three books and edited two volumes. He has also published in a range of journals, including the China Quarterly, Popular Music, Sexualities, and Visual Anthropology. Since his first trip to the PRC in the late 1980s, Moskowitz lived in Chinese-speaking Asia for a total of over eleven years.

His research interests include cultural and visual anthropology, gender, popular culture, religion, sexuality. His areas of interest include China and Taiwan.

Go Nation: Chinese Masculinities and the Game of Weiqi in China. Berkeley: University of California Press. (2013)

The Haunting Fetus: Abortion, Sexuality, and the Spirit World in Taiwan. Honolulu: University of Hawai’i Press. (2001)

In addition to his written publications, Moskowitz has produced and directed two ethnographic documentaries.

2012 Weiqi Wonders: Conversations About the Game of Go in China. High-Definition Color. 50 min. Distributed by CreateSpace.