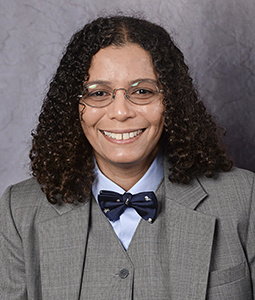 A native of Florida, Dr. de la Cova received her Ph.D. in 2008 from Indiana University, Bloomington. Prior to joining the department, de la Cova taught at Indiana University and the University of North Carolina, Greensboro. She became a member of the anthropology department in 2011 and is currently an Associate Professor. Apart from her academic interests, de la Cova is an avid Sherlockian, which is reflected in her ANTH 221 Forensics of Sherlock Holmes course, as well as her induction into the Hounds of Baskerville (sic), a chapter of the prestigious Sherlock Holmes literary society known as the Baker Street Irregulars. She is also a Deputy Coroner for the Richland County Coroner’s Office in Columbia, South Carolina.

ANTH 221 The Forensics of Sherlock Holmes

ANTH 565 Health and Disease in the Past

Dr. de la Cova’s cross-disciplinary work analyzes the biological and skeletal impact of social marginalization, incorporating methods from biological anthropology, history, sociology, cultural anthropology, public health, and medicine. Her research program, which is reflected in her publications, examines skeletal health disparities amongst African American and Euro-American indigents born during the Antebellum (1822-1860), Civil War (1861-1865), and Reconstruction (1866-1877) time periods, focusing on the relationship between race, culture, socioeconomic status, environment, migration, social marginalization and salubrity. Her current projects focus on the biological impact of the Great Migration, institutionalization, and social marginalization, as well as the social origins of anatomical collections and the social stigma of dissection.

de la Cova C. 2017. The Adventure of the Bones of Justice. In Redmond C (ed.) About Being a Sherlockian: 60 Essays Celebrating the Sherlock Holmes Community. Rockville, MD: Wildside Press, pp. 198-201.

Collections: Embodiments of Legalized Inequality. In K Nystrom (ed.) The Bioarchaeology of Dissection and Autopsy in the United States. New York: Springer, pp. 185-201.