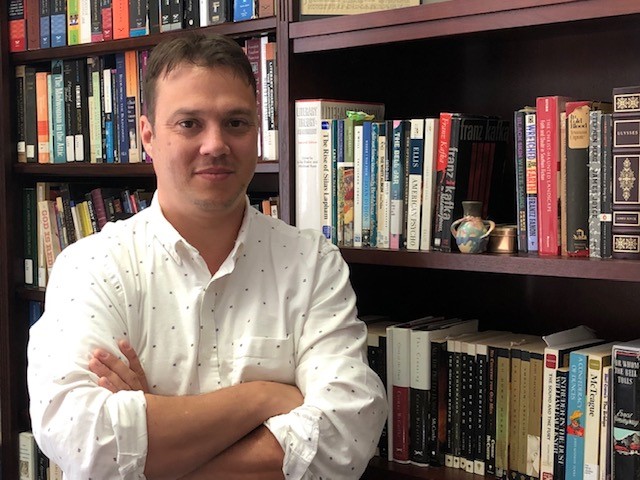 "Moving Inside Out: Success and Failure Navigating Race-Based Class Discussion." Transformations: The Journal of Scholarship and Inclusive Pedagogy 29.1 (2019).

Dr. Pisano has been teaching at USCU since August 2016. He teaches a variety of courses in American literature as well as introductory college composition and research methods. In addition to his teaching, Dr. Pisano coordinates the USCU writing center and runs a regular film series on campus with the goal of using film to broach important social and philosophical topics. While not at work, he enjoys spending time with his family, traveling, playing guitar, and collecting vinyl albums.