The Globalization Committee of University of South Carolina Salkehatchie proudly presents its first Annual Latin American Film Series. These films were selected because they portray different faces of Latin America and have the ability to show Latin American history with themes that are still current. The films in this series include themes such as love of family, efforts to maintain family unity, the uncertainty of the future, and growing up. The film festival is possible thanks to the support of Pragda Spanish Film Club, Colleton Museum & Farmers Market And the University of South Carolina Salkehatchie. The festival is FREE and open to the public. 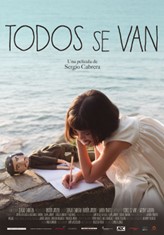 Eight-year-old Nieve is the object of her parents’ custody battle. Her mother, Eva, is an artist who believes in the revolution and disagrees with censorship or authoritarianism. She is re-married to Dan, a Swede working on the construction of a nuclear plant. Nieve’s father Manuel is a playwright who sacrifices his artistic career to write government propaganda in a remote area of the country.

Through her diary entries, Nieve reveals intimate details of a turbulent family life while painting an authentic portrait of the social and political unrest in Cuba under the rule of Castro.

Following his success with We are Mari Pepa, director Samuel Kishi Leopo approaches a more personal topic in the moving autobiographical film. With touches of The Florida Project, Los Lobos follows brothers Max and Leo who, together with their mother Lucía, have just crossed the border from Mexico into the United States in search of a better life. But it is not easy for them to gain a foothold in their new home country. While waiting for Lucia to return from work, the kids build an imaginary universe with their drawings and think about mom’s promise of “Disneyland,”  their land of dreams. 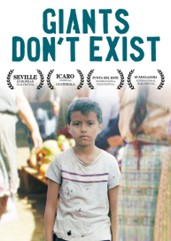 The story takes place in Guatemala in the 1980s, at the height of the ruthless civil war against the country’s indigenous communities. Andrés is 9 years old. He lives with Pedro González, one of the men who massacred all the women and children in his village. Andrés has survived, but he’s scared. Pedro’s wife, María, is also scared, scared to go out, scared to lose Andrés, whom she considers as "her new son."  Even Pedro is scared, scared of himself and what the Army bounds him to do. Andrés would like to run away but he also wants to stay in his new family.  The unexpected arrival of his biological sister will change everything. 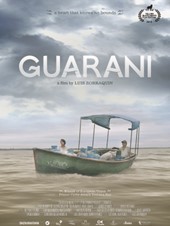 A heartfelt story, Guaraní follows fisherman Atilio as he travels with his granddaughter Lara to Buenos Aires. His great desire is to have a grandson to transmit the Guaraní culture. When he discovers that Lara’s mother, Helena, is pregnant, he decides to go on a long journey and cross borders, with the aim to convince Helena to give birth in the Guarani land. Part road movie and part coming-of-age drama, the film portrays two generations of Paraguayans whose views of the world seem centuries apart. The long journey will make Atilio and Lara understand the real meaning of traditions and family bonds. 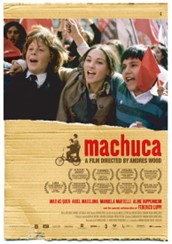 The story takes place in Santiago in 1973 in the days leading up to the military coup and is based on a real experiment carried out during the socialist government of Salvador Allende at Saint George’s College (Saint Patrick’s College in the film). The college scenes were shot at the East Campus of the Pontificia Universidad Católica de Chile and at the Barros Arana National Boarding School. Gonzalo Infante (Matías Quer), an eleven-year-old boy, studies at Saint Patrick’s, a reputable religious school whose students come from the upper middle class of Santiago.