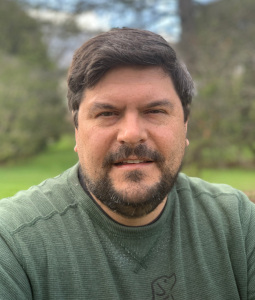 His main research interests include applications of effective field theories to analyses of electroweak interactions and QCD, studies of CP-violation, and heavy flavor physics. He has authored numerous research papers and two textbooks, “Effective Field Theories” (World Scientific, 2016) and “Indirect Searches for New Physics” (CRC Press, 2021). He also organized several research conferences. His research is continuously funded by the U.S. Department of Energy and the U.S. National Science Foundation.

Professor Petrov is the recipient of multiple awards and fellowships, including the 2005 National Science Foundation CAREER Award, the 2006 WSU Academy of Scholars' Outstanding Junior Faculty Award, and the 2007 Outstanding Student Organization Advisor Award for his work with the WSU Society of Physics Students. He received the 2008 WSU Career Development Chair and 2010 Board of Governors Faculty Recognition Award. He is a 2018 WSU Charles H. Gershenson Distinguished Faculty Fellow and received a WSU Distinguished Graduate Faculty Award in 2020. Petrov was elected to the WSU Academy of Scholars in 2018 and was elected its President in 2020-21.

Professor Petrov was elected a Fellow of the American Physical Society in 2015. He is a member of the Editorial Board of an international journal, “Advances in High Energy Physics.” He is also an author of a popular blog, Symmetry factor, where he discusses the latest news in high energy physics and their sociological implications. He is a contributor to the news organization project “The Conversation.