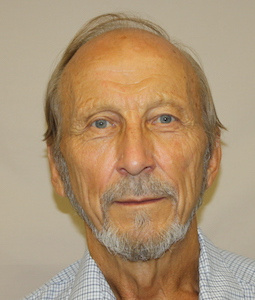 Theoretical studies of hadron and light nuclei structures. One of the fundamental forces in nature is the strong interaction, which is responsible for (among other things) the existence of atomic nuclei. The particles that take part in the strong interaction are called hadrons. The main research theme is the study of hadrons and their aggregates such as nuclei and neutron stars. This line of study is of great interest in its own right, but its importance is further augmented by the following aspects:

(i) It sheds light on the relation between the hadronic phenomena and the underlying fundamental interaction among quarks, which are the basic building blocks of hadrons.

(ii) The understanding of many astrophysical phenomena depends on our knowledge of relevant nuclear reactions.

(iii) The experimental studies of the fundamental processes (e.g., neutrino oscillation experiments) require input from hadron and nuclear physics for their accurate interpretations.

Currently, a main thrust of our research is directed to the application of an effective field theory (known as chiral perturbation theory) to nuclear systems with the view to give accurate predictions of observables (cross sections) for various hadronic, electromagnetic and weak-interaction processes, in particular for those which are relevant to astrophysics and/or neutrino oscillation experiments. Guided by the chiral symmetry requirements of strong interaction, we are investigating when and how effective meson degrees of freedom of the nucleus (for example, exchange currents) can influence the observables.

During a supernova explosion nuclear matter is compressed to high densities (tightly packed protons and neutrons). Since nucleons consist of confined quarks, a question of importance at high nuclear densities is how and under what conditions quark degrees of freedom affect nuclear observables. A further question we investigate is how neutrinos contribute to the supernova explosion.

Antimatter interactions with matter is a violent process. The annihilation of matter and antimatter converts mass to energy and is closely connected to the quark and antiquark structure of the nucleon and antinucleon. Once laboratories in Germany (GSI) and Japan (JPARC) have intense anti-proton beams, we will consider a renewed investigation of the annihilation process making use of phenomenological quark models.