What better place to study French feminist movements than in the heart of Paris?  Interested in women in Islam?  Why not learn from gender studies scholars in Cario, Egypt? Undergraduate majors and minors can pursue international Women's and Gender Studies coursework abroad through the University of South Carolina's Global Exchange program.

The University of South Carolina partners with dozens of universities globally to provide international exchange.  Check out the highlighted universities below and then discover more exciting places to do Global Exchange on the Education Abroad website!

For students interested in transnational perspectives at the intersection of gender, Middle Eastern and North African Studies, and international development, the American University of Cairo offers Women’s and Gender Studies coursework with a comparative Global South perspective. Some courses of interest include:

American University of Cairo’s 260-acre campus is located in the suburb of New Cairo. It is a modern, state-of-the-art campus, with traditional Egyptian architectural style. Besides foreign language instruction like French or Arabic, the courses are taught entirely in English.

The university has a dedicated major and minor program in Gender and Sexuality Studies, and students can choose from a variety of courses within the subject, such as:

The program is located in the southeastern state of Victoria, a land of rich scenic contrast, home to beautiful beaches, mountains, deserts, forests, fields and volcanic plains. One of the largest universities in Australia, Deakin University prides itself on its reputation as a progressive university.

Study Women’s and Gender Studies in the heart of Paris at Institut d’Études Politiques, a premiere international university with a social sciences focus.  Courses include:

The Institut d’Études Politiques, founded in 1872 and also known as Sciences Po, is situated in the center of Paris in the historic Saint-Germain-des-Prés/Quartier Latin neighborhood. Students have the option of taking courses in French, English or a combination of the two.

Kansai University offers several courses on gender and sexuality from a Japanese perspective, including:

The program is located in Osaka, Japan’s third largest city with a population of over 2.5 million people. Located on the coast of Osaka Bay, the city is surrounded by mountains on three of its four sides. Known as the “Venice of the East” for its network of canals, Osaka is considered by many the gourmet food capital of Japan. 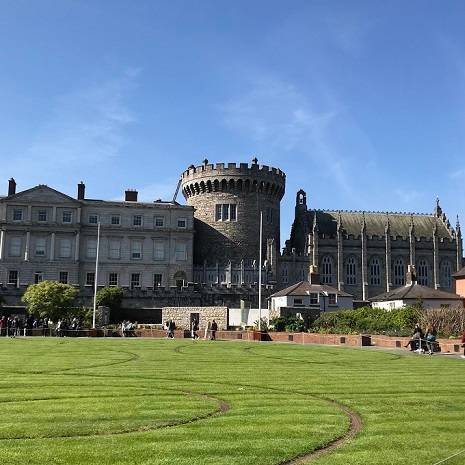