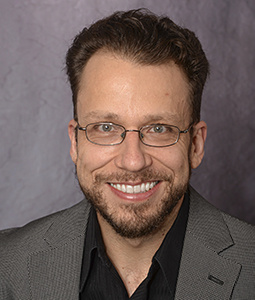 His work has appeared, or is forthcoming, in Nature Scientific Reports, the American Sociological Review, the American Journal of Sociology, Social Forces, Social Networks, Network Science, Advances in Group Processes and Frontiers in Cognitive Psychology, among others. He has received grants from the National Science Foundation, the Defense Threat Reduction Agency, the Army Research Institute, the Army Research Office, and the Office of Naval Research. He has been an invited speaker or participant at numerous events, including meetings organized by the RAND Corporation, the Radcliffe Institute for Advanced Studies, Amazon.com, U.S. Special Operations Command, and the U.S. Space and Naval Warfare Center Atlantic. He is currently serving a term as co-editor (with colleague Brent Simpson) of the journal Social Psychology Quarterly, and serves as an officer in the American Sociological Association’s (ASA) Social Psychology Section and Evolution, Biology and Society Section. He has previously served on the editorial boards for Social Psychology Quarterly and the American Sociological Review, as well as spending a term as an officer for the ASA Mathematical Sociology Section.

Professor Brashears’ work crosses levels, integrating ideas from evolutionary theory, social networks, organizational theory, and neuroscience. His current research focuses on linking cognition to social network structure, studying the effects of error and error correction on diffusion dynamics, and using ecological models to connect individual behavior to collective dynamics. How do humans encode and recall large and complex social networks in limited memory space, and what implications do these strategies have for realized social networks? How do errors arise in contagions (e.g., rumors, innovations) diffusing through networks and what is the impact of human attempts to “correct” these errors? How does competition for human time shape the success or failure of organizations and cultural constructs? Professor Brashears and his students approach all of these questions with a mixture of experimental and non-experimental approaches combined with statistical and simulation modeling.

“Near Real Time Assessment of Emergent Complex Systems of Confederates.” (Kathleen Carley, Co-PI), Multi-disciplinary University Research Initiative (MURI) award from the Office of Naval Research. This project is developing a new version of the classic “Blau space” organizational ecology model to study how factions form, endure, and collapse in the Ukrainian parliament. This new model, combining aspects of cellular automata and urn models, corrects many of the difficulties encountered by the traditional Blau space approach by making use of the enhanced computational capabilities of modern computer systems. Graduate Students: Nick Harder

“Beyond the Cultural Horizon: Mapping Relational Norms Within Social Networks.” (David Lazer, Co-PI), award from the Army Research Institute. This project is attempting to validate a method of collecting cross-culturally valid measures of “interactional scripts,” or small behaviors that facilitate interaction and coordination (e.g., hand shake, speaking distance) while also serving as markers of group membership. We use a combination of textual vignette studies as well as new “visual vignettes” based on the Heider-Simmel Autism Test to explore how individuals from different cultures use interactional scripts to determine status and intent. We are also attempting to develop ecological models of these scripts that allow the characterization of cultural and sub-cultural groups. Graduate Students: Zoe Zhong and Matthew Facciani.

Sociology 731- Topics in the Quantitative Analysis of Sociological Data

Sociology 732- Topics in the Analysis of Social Networks