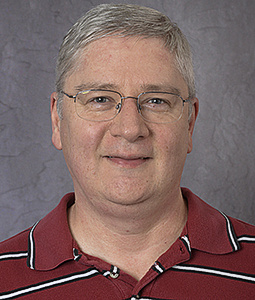 Currently, the Crittenden group's primary research interest is the magnetic effect of exposing thin metal films exposed to organic ligands. Over the last four or so decades, since the discovery of the quantum Hall effect, novel magnetic effects such as giant magnetoresistance (GMR), spin transfer torque (STT), and the spin Hall effect have had tremendous impact on the modern digital information age. Another surprising magnetic effect is that simply exposing the surface of a magnetic thin film to a common solvent such as ethanol can modify its magnetic properties, to the point of inducing paramagnetism in otherwise diamagnetic materials. By exposing magnetic films to a wide range of ligands, we have recently demonstrated that the planar Hall effect in a ferromagnetic Hall bar can reveal such modifications via coercivity changes of order 0.0001 T. Further, we showed that such changes are not limited to a specific system, such as crystalline alkanethiol monolayers interacting with Au. Besides our interest in novel surface magnetism, we have extensive expertise in atomic force microscopy.