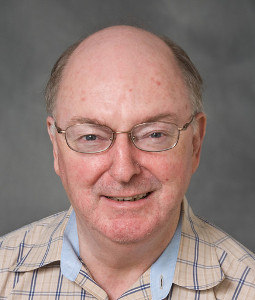 I am currently interested in Roger Bacon and Averroism; Robert Grosseteste's Commentary on the Posterior Analytics of Aristotle; Meister Eckhart and philosophy in 14c. Germany; Heidegger on Augustine; Heidegger on the uses of history of philosophy and science.

A volume of essays in my honor is forthcoming: The Philosophy and Science of Roger Bacon Studies in Honour of Jeremiah Hackett, edited by Nicola Polloni, Yael Kedar, and published by Routlege.

Also, a new translation, with introduction and notes, of Roger Bacon’s Moralis philosophia will go to the printer in late March or early April, 2021.

I am the founding president of the Roger Bacon Research Society. I was recently presented with “The Franciscan Institute Medal" for excellence in Franciscan Studies and magisterial scholarship on the works of Roger Bacon.