This colloquium focuses on the issues of academic integrity and the cheating culture on college campuses.

David Callahan has written extensively about American history, business, and public policy. He is author of "The Cheating Culture: Why More Americans Are Doing Wrong to Get Ahead" (Harcourt, Jan. 2004). His five previous books include "Kindred Spirits: Harvard Business School's Extraordinary Class of 1949" and "How They Transformed American Business" (John Wiley/Forbes). David's numerous articles have been published in such places as The New York Times, The Washington Post, USA Today, and The American Prospect. He has also been a frequent commentator on television programs on CNN, CBS, PBS, MSNBC, and Fox News, and has been a regular guest on radio talk shows across the United States, including appearances in such NPR programs as "Morning Edition," "The Connection" and the "Tavis Smiley Show." Callahan lectures frequently about issues of ethics and integrity to universities, associations, and businesses. 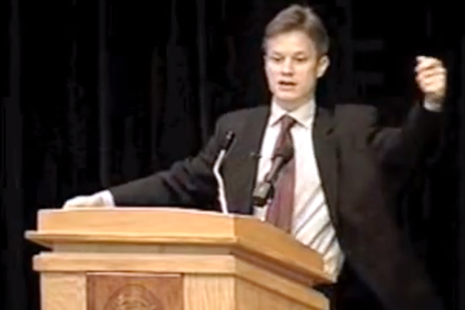